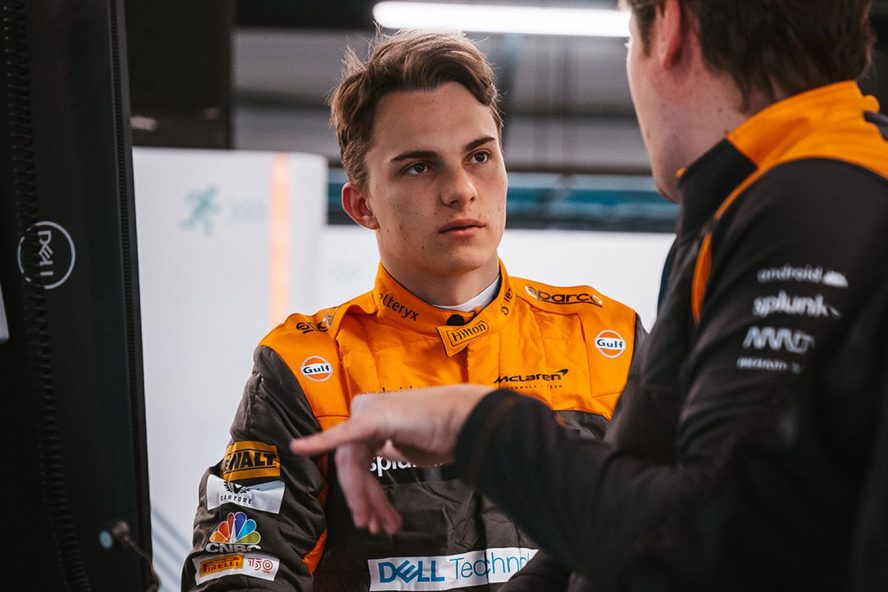 Oscar Piastri will make his F1 debut in 2023 after the “Piasco” caused during silly season with Alpine.

Alpine confirmed Oscar Piastri as their driver for 2023 after Fernando Alonso announced he’s joining Aston Martin. However, the Australian took to social media to deny his Alpine drive. He said, “I understand that, without my agreement, Alpine F1 have put out a press release late this afternoon that I am driving for them next year. This is wrong and I have not signed a contract with Alpine for 2023. I will not be driving for Alpine next year.”

The case went to the rarely-used F1 Contract Recognition Board (CRB). They ruled, “The only contract to be recognised is the contract between McLaren and Piastri dated 4 July 2022. Piastri is entitled to drive for McLaren for the 2023 and 2024 seasons.” After this, Piastri confirmed that this time, with his agreement, he will be driving for McLaren.

Piastri will be one of three rookies next season. Logan Sargeant earned his Super Licence to drive for Williams. Meanwhile, Nyck De Vries impressed the F1 paddock with his Monza drive when he filled in for Alex Albon. With Pierre Gasly making a move to Alpine, the Dutch was announced as Yuki Tsunoda’s teammate for next year. The drivers must now choose their number – something which was made available in 2014.

While Logan Sargeant chose the number 2, Oscar Piastri told the Australian GP podcast, In The Fast Lane, what he plans on choosing.

Which number did Oscar Piastri choose?

Oscar Piastri will be racing with the number 81 in 2023. The Australian used 28 during the private test in November and the post-season Abu Dhabi test, in which he drove the McLaren MCL35M.

Piastri told the podcast, “Correct, it will be [#81], as long as nobody pinches that before we put in my number, but I think that’s pretty safe!

“Eighty-one was the number I had in karting.”

The 21-year-old added, “The story of how I got 81 is not particularly interesting but I’ll explain it anyway… When I did my first race I had to pick a number for my first race and the kart shop I went to only had number ones in stock, and it had to be a one or two digit number.

“I obviously couldn’t be number one because yeah, for obvious reasons, so I was actually number 11 for my first couple of races, and then we entered – I think it was the Victorian state titles – and somebody had already entered as number 11.

“I don’t know what inspired me to pick 81 but I changed the first one for a number eight, and it stuck ever since. So, there you go!”

Which drivers used the number 81 in motorsport?

Oscar Piastri will be the first driver to use the number 81 since drivers were given the option to choose in 2014.

However, there are some other drivers that used this number way way back.