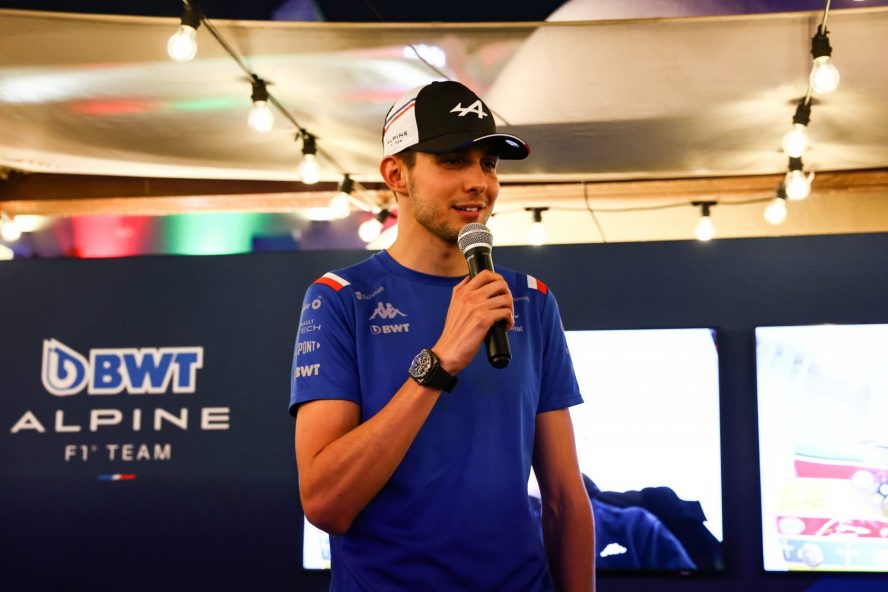 Esteban Ocon and Fernando Alonso’s tense relationship at Alpine began to boil over as 2022 reached its conclusion. With Alonso now gone, Ocon has revealed his true feelings about their rivalry.

Alpine watched on as Alonso and Ocon came perilously close to touching on multiple occasions this season. A source of on-track entertainment throughout the year, both drivers have pushed each other hard.

Stakes for Alpine were doubled once it became apparent the team would be locked into a season-long duel with McLaren for P4 in the constructor’s championship. A tense inter-team rivalry had the potential to impact the drive for P4, not helped by reliability issues. Alonso was badly affected by this, adding another layer to the tense relationship.

This boiled over at Interlagos. Ocon and Alonso collided twice in the sprint race on Saturday, setting up a challenging Sunday Alpine’s, the cars starting from P16 and P17. After the race, Alonso blamed Ocon, before remarking on his impending departure to Aston Martin at the end of the season:  “it’s far from ideal when it’s your team mate, but it’s been a little like this [with Ocon] all year long. It’s one more race and then it’s over, finally”.

Ocon received a blunt instruction from his engineer in Brazil that “I do not want you fighting Fernando”  in the race when the two found themselves on track together. After arriving in Abu Dhabi, Ocon spoke out and revealed his feelings towards Alonso.

Speaking to formula1.com, the Frenchman has rebuked his former teammate, believing that there is “no need” for the criticism Alonso has levelled at him. Ocon added that despite this, he still respects Alonso, but remains disappointed in the Spaniard.

“It’s no secret that I was disappointed in seeing his comments after the race. There was no need for some [of the] criticism that he has done.

“But I respect him a lot. I will forever respect him for what he has done on the track over the years. He’s a legend of the sport and that won’t change – but I was a bit disappointed.”

Alpine’s race in Abu Dhabi did not see another clash, as Alonso retired halfway into the race. Ocon meanwhile raced on to P7 to secure Alpine P4 in the championship.

With Alonso now departing to pastures new at Aston Martin, Ocon will have a new teammate, Pierre Gasly. Gasly has already been in action for Alpine, testing in the post-season test for his team.