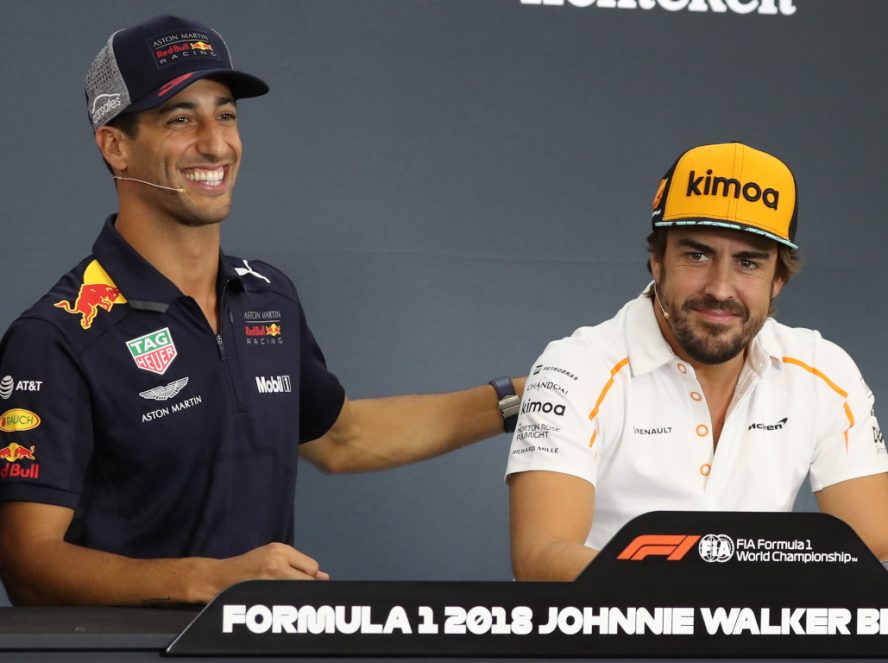 Ocon: “Fernando and Daniel, some of the best”

The F1 Beyond the Grid Podcast always brings great insight into the personal lives of those in F1. The most recent episode features Esteban Ocon where he talks about his career triumphs and upsets, and what it’s like driving against “the best”.

Esteban Ocon was the one sitting down with host Tom Clarkson for this week’s episode and the pair talked about many things. Since the pair’s last meeting, Esteban Ocon has joined an exclusive club: The Grand Prix Winners Club. This didn’t come without an earlier disappointment when he lost his race seat for the 2019 season.

Ocon speaks all about how he lost his seat, how he felt without one, and then finally about coming back. The episode was aptly titled “From Tears to Triumph”.

Speaking about Ocon’s career, the conversation swiftly moved to the process of how Ocon lost his seat. When the Force India team went into administration, Ocon knew his chances of retaining his race seat were slim. Especially when it was announced that Lawrence Stroll would be buying the team.

Ocon knew that the team would keep on Perez and swap him with Lance Stroll. He argues that he wasn’t too annoyed by this move, and furthers this argument later in the show when he speaks of how close he and Lance Stoll are off the track.

Knowing he had lost his seat with Force India, Ocon looked elsewhere for a seat in 2019. Ocon mentioned he had two options (without naming names). These deals fell through because of F1 Politics.

Lance was supposed to replace me. We had oppurutnities to choose from two teams, (I’m) not going to say which ones. We had oppurtunities that we didn’t manage to put together becasue of diverse political reasons”- Esteban Ocon

On the topic of moving teammates and having new teammates, Ocon spoke about his relationship with current teammate Fernando Alonso.

Clarkson asked Ocon about Alonso and asked whether being his teammate is brutal. Ocon swiftly replied saying “No-No“. He said that despite being warned by the paddock that Alonso is tough, Ocon argued that they have “a lot in common“.

Esteban Ocon also says Alonso is very funny and they have “a lot of banter together“.

Ocon says his battles with Alonso are very different from his battles with Checo as with Fernando “we finish the race, we know how far we can pus it” hinting back to when he and Sergio Perez would tangle in the Force Indias.

Speaking about his 2020 season, Esteban Ocon mentioned how happy he was to outqualify Daniel for the first time. He said it was great, especially as “Daniel was performing that year“.

When you’re in Formula One against the best, like Daniel or Fernando, these guys are on the edge of the car almost everywhere. – Esteban Ocon

Everyone knows Fernando Alsono is one of the best as he is a two-time world champion and nearly got more championships. This was quite a statement about Daniel, however, as many are questioning his performances since moving to McLaren.