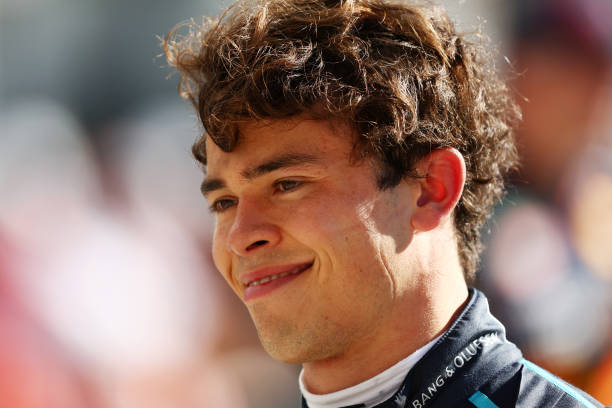 Nyck de Vries: “I can look back on a proud debut” but being in F1 is “out of my control”

Nyck de Vries has spoken about his Formula One debut for Williams, which saw him become the 67th driver to score points in their debut race.

The weekend began with Nyck de Vries completing FP1 for Aston Martin. In that session, the Dutchman finished 19th. However, on Saturday it was announced that he would be completing three further on-track sessions.

Williams driver Alexander Albon was medically absent from the Italian Grand Prix weekend. He suffered appendicitis, which meant that de Vries was chosen to take Albon’s place during the race.

FP3, Qualifying and the race all saw de Vries driving the Williams at Monza. He certainly impressed during his debut as he qualified 13th, but due to all the penalties, he actually started the race in eighth.

Throughout the Grand Prix, de Vries got the maximum out of the car, battling with Zhou Guanyu and Pierre Gasly. The former Formula E champion drove more laps within the top nine of the race on Sunday than Nicholas Latifi, Williams’ other driver, has all season.

He went on to finish the race in ninth, scoring two points for the team. The impressive performance puts de Vries in strong contention for the Williams’ seat as Latifi’s future with the team has yet to be confirmed. He spoke about his F1 debut after the race, where he looked very happy with how he performed.

Currently, de Vries is the Mercedes Reserve Driver. He said “any time you’re in the car, you’re expected to do a good job.” Continuing, he likened it to having an interview/audition with an F1 team.

“And any time you get a chance to drive a Formula 1 car, it is a kind of job interview and an audition.

“You’ve got to take those opportunities, but you’ve also got to use them sensibly because there’s always a trade-off of doing too much and too little.”

The Dutchman expressed how grateful he was that everything “worked out well and played into [their] hands.” He continued saying that “it was a great performance. And no one can take that away from us.”

Williams at the moment are 10th in the Constructors’ Championship. They are 19 points behind Aston Martin, despite the Silverstone-based outfit having a difficult season.

Nyck de Vries deserves to be in F1

With Latifi’s seat up in the air, it could be likely we’ll see de Vries in F1 full-time, and Lewis Hamilton thinks he deserves a seat. When asked by motorsport.com whether he agrees, de Vries said:

“You know, I feel like I wouldn’t be standing on this grid [if I didn’t deserve it]. And I think this weekend has been a good performance.

“But we’re always expected to do a good job and it’s not up to me to decide any driver line-up. This world is very volatile and it’s not only merit counts. So it’s out of my control.

“But this no one can take away from me, so regardless of the future whether I’m here or not, I can look back on a proud debut and first moment in Formula 1. I enjoyed it.”

de Vries is now 20th in the Driver Standings, ahead of Latifi and Hulkenberg. Do you think he could be in F1 next season?