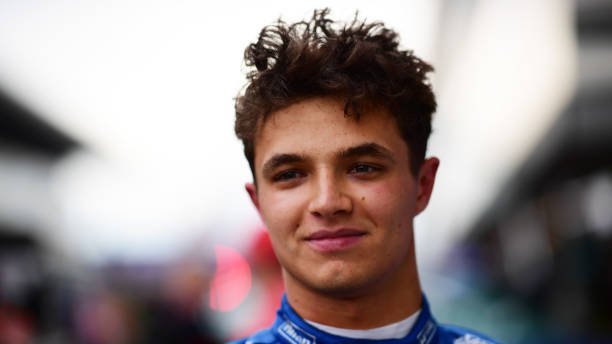 Lando Norris took a shock maiden pole position at Sochi this afternoon but has admitted it’s the only track where he wouldn’t want to start in front.

The McLaren driver followed up on his team’s 1-2 in Monza with a stellar pole during a dramatic qualifying with changing conditions.

As the track dried and driver’s moved from intermediate tyres to softs, provisional pole belonged to Lewis Hamilton.

This was until a rare driver error saw him slide into the wall upon entering the pit-lane, costing him and Valtteri Bottas valuable time as repairs were made – time which they did not have.

This allowed the rest of the field to improve their timings on the drying tarmac. Hamilton was pushed down to fourth, by the hands of Norris; Carlos Sainz and George Russell.

Norris may have taken pole, but the infamously long run through turn one and down to turn two makes it tremendously difficult for the pole sitter hold his lead at the race start. 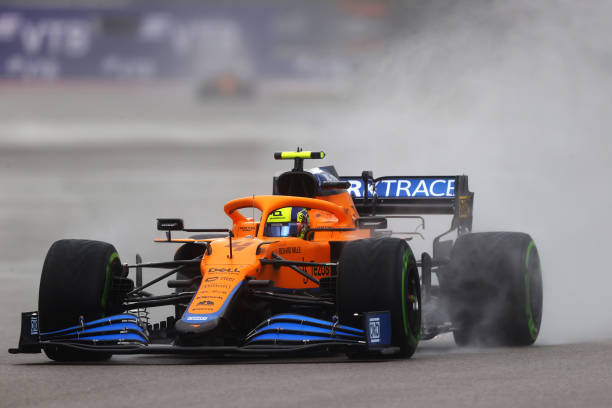 After post-qualifying celebrations had died down, he told Formula1.com:

“I mean it’s just an awesome feeling like altogether. I don’t know what to say. it just feels like you’ve qualified well but it’s a pole position which doesn’t come around much.

“It’s tricky; you have to put a lot of risk on the line and just try to see if it pays off and it did. So, yes, an amazing feeling, my first pole. Probably the only place I wouldn’t want to be pole is here, especially with the straight down to Turn 1.

“I’m not really looking forward it! I’m not looking forward to being first down to Turn 1 tomorrow but it’s going to set us up well, we’re in the best position we can be and I’m happy – it’s my first pole position, hopefully the first of many.”

Norris’ old teammate Sainz joins him on the front row in his Ferrari, with Russell heading Hamilton on the second. The seven-time world champion needs to capitalise on Verstappen’s last-place grid penalty start to rekindle his title defense.