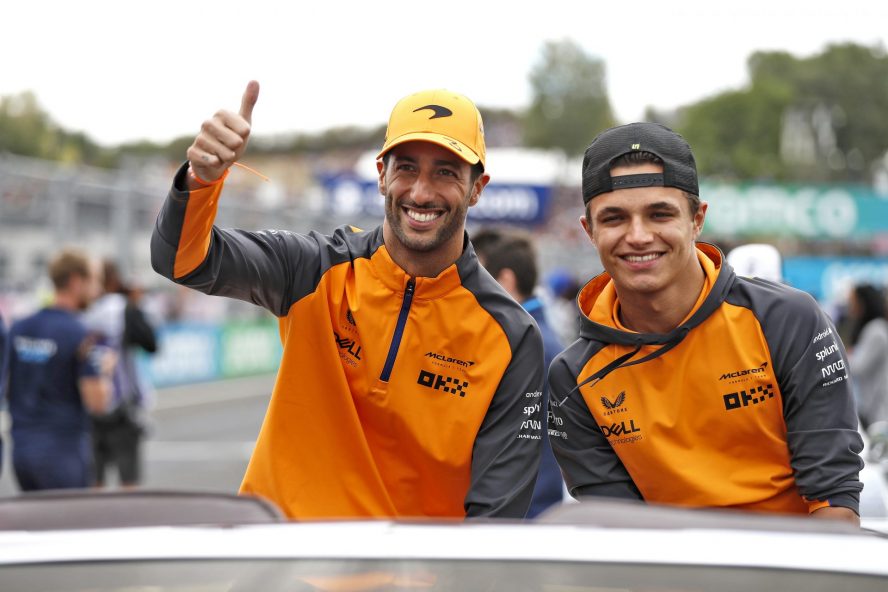 The Brit discussed his relationship with his teammate

McLaren driver Lando Norris recently spoke out about the first half of the 2022 season. Amidst the team’s recent struggles, the Brit established himself as a leader and has admitted he is currently helping his teammate Daniel Ricciardo more than expected.

McLaren’s rise was brutally stopped in 2022 when the new regulations seemed to bring the team back to the middle field. The papaya team is currently fifth in the Constructors’ Standing (95) behind Red Bull, Ferrari, Mercedes, and Alpine.

Discussing McLaren’s recent difficulties, as reported by Formula 1, driver Lando Norris admitted: “I think the main thing is that of course we just didn’t come into the season as strong as we needed to. How we’ve done since then since the first race I think has been very good and strong. Considering we are still fighting for fourth in the constructors against a team which has been a lot more competitive since day one shows how good of a job we’ve done in many other areas.”

The difference in performance is particularly evident on Sunday when McLaren cannot compete for podiums unless some drama involves the top teams at the front: “It’s just now we have a lot of work to do. The gap to the guys ahead is still massive and I guess yes, it’s close on Saturday, but everyone is closer on Saturday, even last place is a lot closer. It’s just the spread on Sunday is bigger than what it has been in past, and we’ve got to work on that.”

Norris: “I’m offering more help than I normally would”

Adding up to McLaren’s on-track struggles, the silly season in full bloom saw Woking supposedly sign F2 Champion Oscar Piastri to replace Daniel Ricciardo. While the legal disputes between Alpine, McLaren, and Ricciardo are ongoing, however, Woking will still have to rely on the Honey Badger in the second half of the season.

Strongly denying any accusation of an unhealthy rivalry within the teams, Norris went on to clarify to Mirror that his collaboration with Ricciardo is actually more than expected from him: “What mind games can I play? No, it’s the opposite. I’m trying to help him as much as I can. It’s for the benefit of us as a team to try to beat Alpine, at the end of the day. He sees everything I see in terms of data and everything. I’m offering more help than I normally would, let’s say.

“If you were fighting for a world championship, I’m saying more things than I would do just because that’s what we need for the team. That’s what I want for the team at the minute. No, it’s the opposite of mind games, whatever that is – mind soothing.”

Tricky could be the word to describe the 2022 season at McLaren between contracts and performance. However, on his side, Lando Norris might have the opportunity to prove he can lead the team through the hard times and establish himself even more in the Circus while waiting for better times.