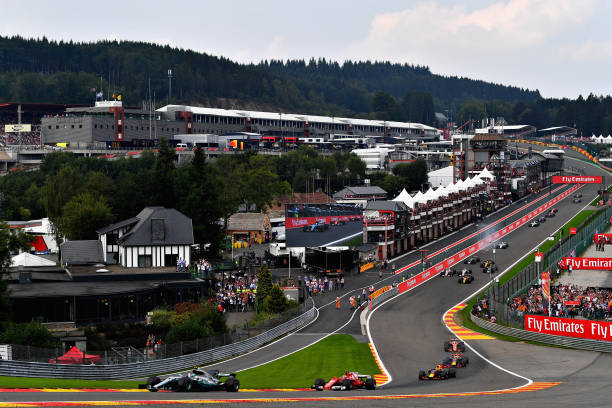 This season sees an unprecedented 23 rounds stretched across eight months.

Whilst some believe that more races equal more excitement, many fans and employees do not echo this sentiment.

As the number of races rises, so does the pressure on teams and their workers. Working for an F1 team is clearly not your typical 9-to-5 job, but jetting across the world for most of the year takes its toll.

The current regulations take this into account. The Concorde Agreement sets the maximum number of venues at 23; to increase this would involve compensating teams and raising the budget cap.

With spending restrictions tightened for this season, it seems unlikely that F1 would be ready to adjust these so soon. Therefore, major changes in future race calendars may come sooner rather than later.

The series recently announced a Las Vegas night race for next season, signifying a greater move toward the American audience.

It is becoming increasingly clear that F1 will axe some current tracks as a result.

Miami will make its debut this year, and Saudi Arabia and Qatar were only introduced in 2021. This means that it’s likely that they will remain on the calendar for the foreseeable future.

F1 seems to be favouring newer, shinier tracks over the more historic venues.

Despite Russia dropping off the calendar, there would still be 24 races next year (with Qatar and Vegas making an appearance). This means that at least one more current race must go.

Tracks at risk on the calendar

There has been a significant shift towards America in recent years. With Netflix’s Drive to Survive opening up the US market, F1 will now have three races in the States: Austin, Miami and Las Vegas.

As the series cuts ties with its European roots, there are suggestions that France will be the first to go. However, the changes will likely not end there.

Despite recent renovations to Spa-Francorchamps, it appears that this historic venue is one of the most at-risk tracks. Significant funding would have to be injected into the deteriorating infrastructure if it were to retain its F1 spot.

With its incredible history, abandoning this venue would likely cause widespread upset amongst fans and drivers.

The other surprise track on thin ice is Monaco. Known for its glamour and famous faces, it’s possible that some see Las Vegas as a suitable replacement.

Whilst it could not compare with Monaco’s history, the new American race has the casinos and arguably the allure that Monaco is loved for.

A hotly anticipated return to Kyalami in South Africa is on the cards, much to the pleasure of Lewis Hamilton.

On Friday he said: “The one I really want to see is South Africa. That’s the one I want to hear next, that gets announced.”

The addition of this race would mean that the F1 calendar would cover every inhabited continent.

In addition, it is likely that China will make a comeback, meaning a further two racetracks would be abandoned.

However, CEO Stefano Domenicali recently said that he believes a 30-track calendar could be possible.

The argument of whether saving historic tracks by expanding the calendar justifies the workload on F1 employees is unlikely to disappear any time soon.