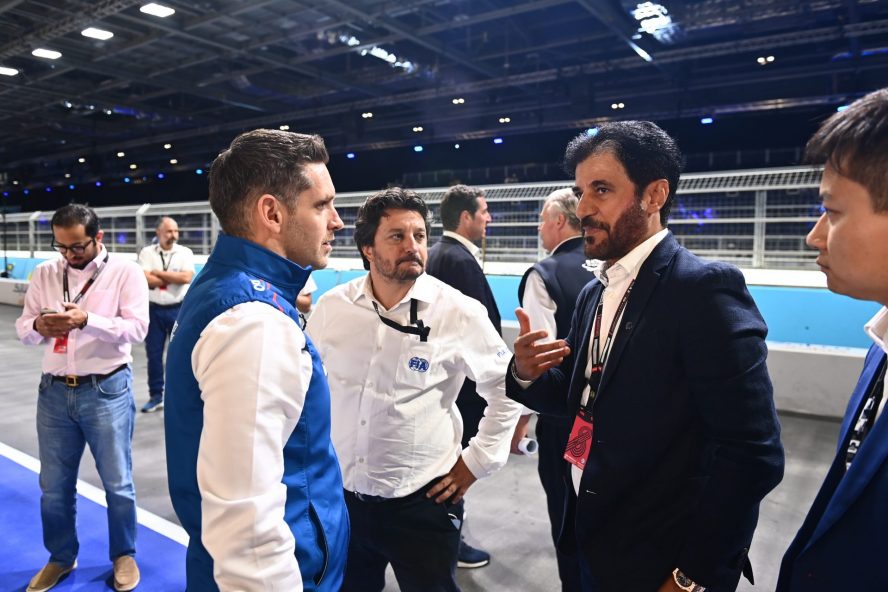 Having finished the season with seven points in tenth, NIO 333 are looking into improving their presence in Formula E. They confirmed that Sergio Sette Camara will be joining them for Season 9 and they’ve also started testing their car in Italy. They have another test in Mallory Park later this week and Russell O’Hagan – team principal and COO – saw positive signs.

The Gen3 era will give teams an opportunity to produce a car that will reach the speed of a Formula 2 car, however, still, keep the sustainability and electric element in the car. NIO 333 have gone through a tough period in Formula E, however, they will now have a “new slate” to redeem themselves.

Having Sergio on the team too is a great addition that the team are proud to have. Russell explained him to have “incredible passion, focus and dedication,” with great human and personal morals too. The team has high hopes for what they can achieve with Sergio and their new car.

NIO 333 had a test in Varano which went well but they’re aware that they have a long way ahead to race for wins.

Russell O’Hagan said: “The recent test in Varano marked the first opportunity for us to benchmark ourselves against the other five manufacturers.

“It was incredibly positive and exceeded our expectations. We’ve felt we have had a good car since the very first Gen3 test, but having comparative running helped cement that.”

He added: “It’s a boost for the team in what is essentially the development of our first full car as 333 Racing, and testament to what our team has achieved to date. There’s still a long way to go before the first FIA Formula E World Championship race in January 2023, but it feels good to be quietly confident for the season ahead.”

With great results from testing, 333 have more developments to perform and until the season starts, they have a great deal of work to get on with. Russell explained the next steps for how to fully be prepared for the Gen3 era.

He explained: “In short, a great deal! We are still in the detail of developing the car, but it’s a condensed schedule now. In around 10 weeks’ time we must be loading our freight with two race-ready cars heading to Valencia for the pre-season test. There is a huge amount to do to bring that about in the right way. We must push development of the test programme as far as we can, build the two race cars and progress all our normal pre-season preparations around equipment, processes, personnel, logistics etc.  It’s a big undertaking, but we are prepared and embracing the challenges. Role on January 2023 and Round 1 of the new era of all-electric racing in Mexico.”

Now that the team established that they have a good car and a good season to look ahead to, Russell was asked what the team’s goals are for this season.

He said: “That’s a good question. On paper, and a while ago now, we targeted a top eight finish in the teams’ championship.  Sat here right now, and given the progress we have seen, we are hoping for more. However, it’s more important to see Season 9 as the first step of a 4-year plan.  We have the aim of being a top three team by Season 12.  That may seem ambitious, but it’s only bound by practicalities and ones we have mapped out at each point along the way.

“Achieving that level of success requires resource, management, leadership, time, and consistency. There are no short cuts, no magic solutions. It won’t come easy, but it’s there for the taking if we can maintain the right focus and direction. Season 9 is about gaining confidence. Showing increased performance and delivering on the trust shown to us by our Official Team Partners, as well as attracting new ones to join our journey to the front.”