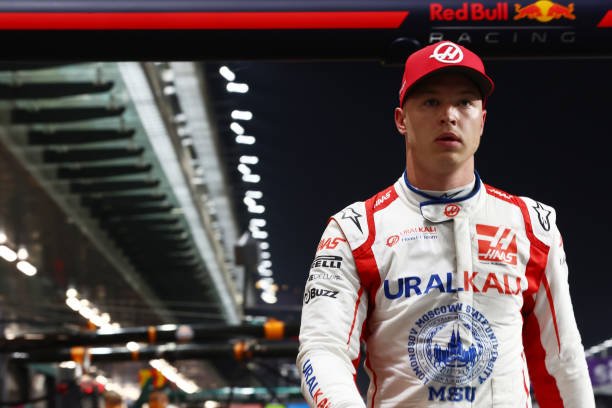 JEDDAH, SAUDI ARABIA - DECEMBER 04: Nikita Mazepin of Russia and Haas F1 walks in the Pitlane during qualifying ahead of the F1 Grand Prix of Saudi Arabia at Jeddah Corniche Circuit on December 04, 2021 in Jeddah, Saudi Arabia. (Photo by Mark Thompson/Getty Images)

Nikita Mazepin: Redemption or Repetition in 2022?

I think it goes without saying that life in Formula One has been pretty bleak for Nikita Mazepin. Early mistakes, both on and off track, meant that the young Russian became the paddocks walking meme maker for the majority of his rookie season. However, Haas and Gunther Steiner remain confident that Mazepin will show his true form in 2022.

Unbeknown to some, Nikita Mazepin has had quite an impressive racing career. In 2014, he finished second in the World Karting Championship, only losing out to a young Ginetta Junior driver named Lando Norris.

His talent and aggressive driving style did not go unnoticed, as Mazepin continued to climb the FIA ladder of success, culminating in another 2nd place championship finish in GP3 in 2018, this time losing out to Anthoine Hubert.

In Formula 2, Mazepin once again proved himself as a race winner in 2020, collecting two wins at Silverstone and Mugello and finishing 5th in the driver standings.

All told, in 215 races, Mazepin has secured 7 victories and 24 podiums and has proven his worth as a racing driver.

Now, it’s no secret that the real driving force behind Mazepin’s success is mainly due to his father’s ability to write a hefty check or two, but the young Russian has shown signs of talent in his rookie year. Despite being given a year-old chassis, Mazepin delivered some key results for Haas, and toward the end of the season, started to nip at the heels of his wunderkind teammate, Mick Schumacher.

In Brazil, Mazepin made a daring lunge down the inside of his teammate heading into turn one. Clean racing from the Haas duo meant Mazepin could complete the move and continued to stay ahead for the rest of the race. A few laps later, Lewis Hamilton completed an identical move on Lando Norris, who jumped out of the way to let his fellow countryman through.

Mazepin’s move was dubbed as selfish and dangerous. Hamilton’s move was heralded as one of the best overtakes of the season.

Internal politics have also caused more issues, as the driver hierarchy within Haas continued to cause friction out on track. This reached its peak in Mexico when Mazepin was told to not pass his teammate even though he was substantially quicker. Mazepin was also rarely given the chance to outperform his teammate in qualifying, as his car was sent out in front of Schumacher’s so that his teammate could feel the full benefits of DRS and slipstreaming.

It’s this type of bias that has plagued Mazepin’s early F1 career and has turned him into an object of humiliation instead of a respected racing driver. However, with Haas choosing to spend the entirety of last season developing their 2022 car, the stage is set for Mazepin to redeem his disappointing rookie campaign and make a statement to his naysayers.