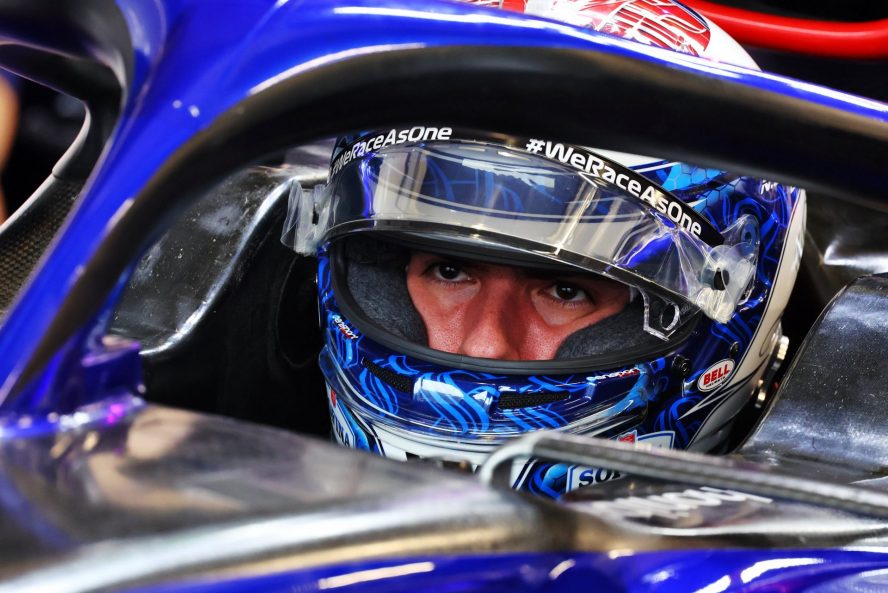 Nicholas Latifi tops his first ever practice session in Hungary

The drier conditions worked in Nicholas Latifi’s favour to give his all in his last lap during FP3 and top the timings in Hungary.

While the Canadian celebrates his first ever topping in Formula One, Williams are also happy about Alex Albon who finished third. Meanwhile, Charles Leclerc split the Williams up in second.

There were some great laps in by Fernando Alonso and also Sebastian Vettel who unfortunately crashed into a barrier, caused a red flag and saw his session over.

Charles Leclerc was the first car out in the very wet conditions during this FP3, as Carlos Sainz followed. Sector Three was reported to be the worst part of the track in these conditions, especially because of the dip in the track.

On the other hand, it took 30 minutes for the Red Bulls to get out on track and didn’t do any running on the wet ground. The Red Bull garage was trying to discover how conditions will play out in qualifying and both drivers prepared to go out on track when the rain stopped at the same time.

Sergio Perez finally came out after 21 minutes and Verstappen followed three minutes later. The Mexican have not been in his best form recently, and Red Bull went into the weekend with fears over their grip. Max Verstappen could be heard that he couldn’t stand the “oscillations.”

For Ferrari, it was quite plainsailing, with the only mishap being a spin from Leclerc who managed to save it with a 360 degree spin.

Eyes were on the Mercedes garage which had a high voltage sign by their garage and one of the mechanics seemed to have been performing some work on Lewis Hamilton’s Mercedes floor. It turned out that all it was was a Leica Absolute Tracker – a laser scanner to scan the bottom of the floor for the FIA checks guarantee. The sign was outside of the garage because no one could enter the garage or else the mechanic would have had to start the process all over again.

Meanwhile, concerns arose for George Russell who went out on the Intermediate compound but didn’t even complete the lap. It seemed that it made the Mercedes lose grip and it wasn’t working for the Brit who went on an out-lap and back into the pits to get them changed. This will be a very important factor that will play out in the qualifying session if the track is drier. Russell was not on his own complaining about this, as Hamilton followed soon after.

That is why both cars switched to the wet compound. Russell went off track but managed to save his car from crashing into the barrier. After that, he went back into the pits and changed for the inters. Seems like Mercedes are struggling to find what works best. The problem with the inters is that they were too cold and weren’t heating up in time, which will cause problems in qualifying.

Mick Schumacher had to miss out on upgrades this weekend, following the massive financial headaches he caused Haas because of his crashes. But during the practice session, he managed to go as fast as third in the first 30 minutes. After 15 minutes in the running, Schumacher was heard telling his engineer that his rear feels like it’s on “ice.” He also said that his fronts had no grip either.

Meanwhile, Aston Martin adjusted their rear wing for Hungary, and both drivers were running in the top 10 for most of the session. Sebastian Vettel kept reaching second and third in the timings, recording laps close to Ferrari. Unfortunately, he crashed nine minutes before the session ended and caused a red flag.

Fernando Alonso was the only man running on the Intermediate compound tyre during the first 10 minutes of the practice session. Leclerc was heard telling his team later on that the Inters are a good option for the track, as there wasn’t much aquaplaning. Eventually, the Spaniard had to change to wets as the rain persisted in Hungary.

The rain did stop and as he changed his tyre compound once again, he recorded a lap which sent him to second, only two tenths off Leclerc.