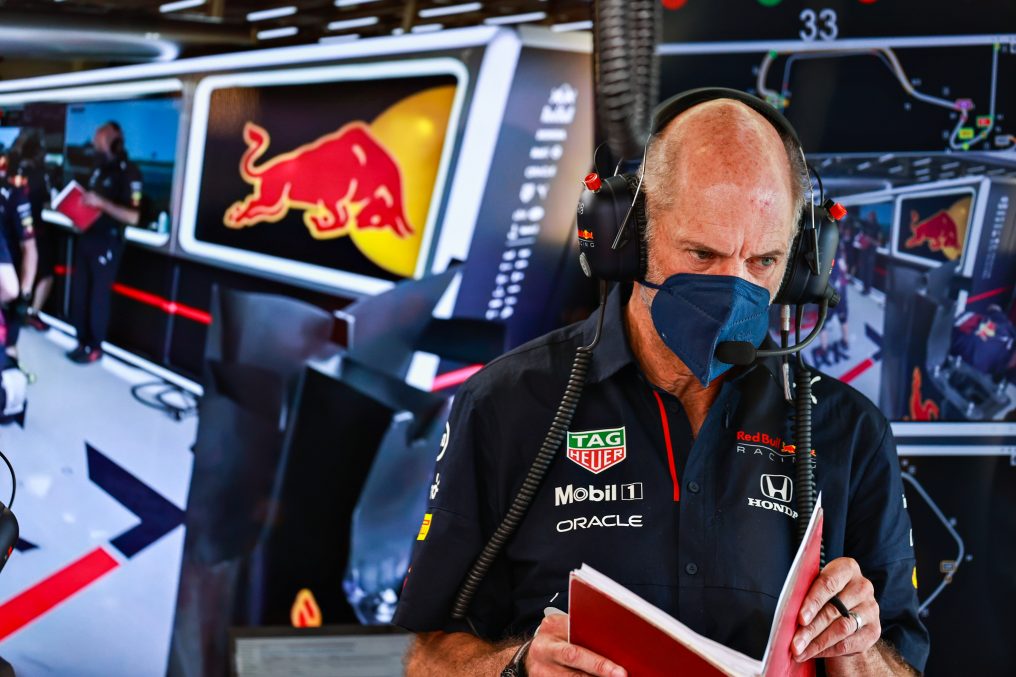 NORTHAMPTON, ENGLAND - JULY 16: Adrian Newey, the Chief Technical Officer of Red Bull Racing looks on in the garage during practice ahead of the F1 Grand Prix of Great Britain at Silverstone on July 16, 2021 in Northampton, England. (Photo by Mark Thompson/Getty Images) // Getty Images / Red Bull Content Pool // SI202107160135 // Usage for editorial use only //

Formula 1 genius and Red Bull designer Adrian Newey discussed his future at the pinnacle of motorsport and the new regulations coming in 2022.

Adrian Newey is one of the most iconic designers in F1 history. At 62 years old, the Brit can count on more than 150 Grand Prix victories and 10 Championships winning cars. From the Williams FW14 to the McLaren MP4/13 and the Red Bull RB9, Newey designed some of the most winning cars in Formula 1 and hasn’t yet finished.

Newey admitted to Auto Motor und Sport that he still feels the need to be stimulated by the projects: “If you had asked me 10 or 15 years ago if I would still be here today, I would have said no. But I’m here. I don’t spend as many hours in the office as I used to and make sure that my life outside of Formula 1 is not neglected. I also keep myself awake with other projects like the Aston Martin Valkyrie, and there are a few other things in the pipeline that I can’t talk about yet.”

The British engineer is still very much passionate about his job: “I love designing things and working on a car with my colleagues and the drivers. And I was lucky in my career to be able to design a wide variety of cars over many eras. I always remained true to this passion…Yes, I’ve been around for a long time, but I also know that I’d be bored if I sat around at home all day gardening. I need something that stimulates me.”

In 2021, the RB16B is the most competitive car the Austrian team has had since 2013, and Newey’s influence is very much seeable. The Chief Technical Officer for Red Bull was able to adapt the car in the best way to the limited variations possible.

By Selena Abu-Ras12 hours ago

Regarding the 2022 regulations, Newey seems excited to have almost limitless possibilities of design: “For me, it’s the biggest rule change since the Venturi cars were banned and the flat floor was introduced in 1983. Every aspect of the car changes with the exception of the power unit.”

Nevertheless, Newey is expected to be once again Red Bull’s not-so-secret weapon and surprise the motorsport world with one of its geniuses design.