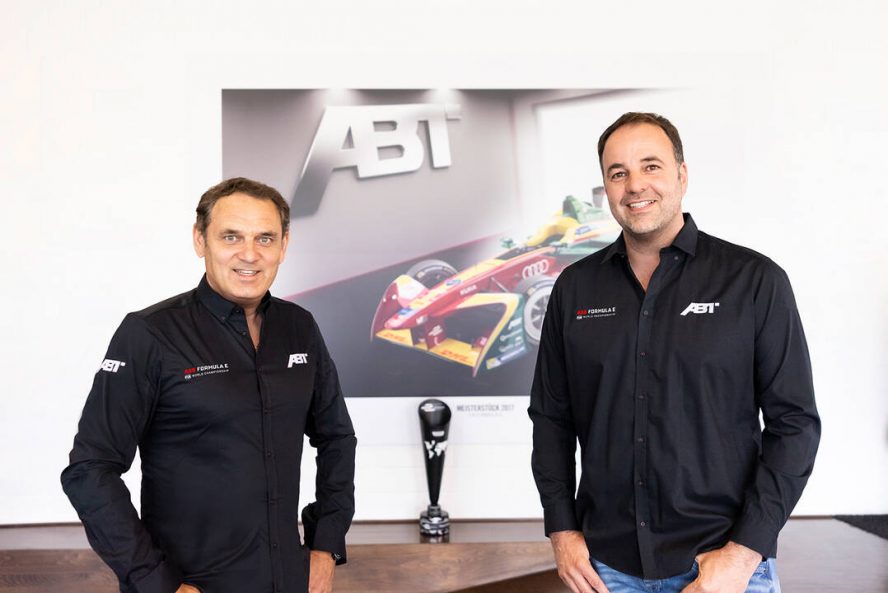 Most Successful Formula E Team To Return For 2023

Formula E will have 12 entries in the Gen3 era

Earlier today it was announced that ABT Sportsline will be returning to the Formula E Championship in 2023.

Next year, Formula E will enter their 9th season and the new era of their Gen3 cars. In the current championship, there are 11 teams competing. However, next year in 2023 another team will be added to the roster.

ABT Sportsline is making their comeback to the all-electric championship. The team will join Formula E for the 2022-23 season. ABT is not currently involved in the championship for this year. They have taken a year off after having been partnered with Audi from 2017 to 2021.

But they are returning as a customer team for the next generation of Formula E. They will be naming a powertrain supplier in the near future. Their return will see them battle on track to try and keep the title of the most successful team in the championship.

Hans-Juergen Abt, the team boss, has expressed positivity over the team’s return to Formula E. He said that the championship “has always had a big place in our hearts.” He added that despite the year off, they “have never made a secret of the fact that we want to be back.”

Speaking on the current aims of the team, Hans-Juergen said they are “talking to [their] current and potential partners” in the hopes of bringing “a strong team to the championship, both on and off track.”

Thomas Biermaier hinted at the driver line-up of the team for 2023. He said that the team “have very clear ideas”, but they “will probably start as underdogs” as they are a customer team as opposed to being a factory team like last time.

This is why the focus on getting “quick and clever drivers” is very important, especially drivers who “fit in well” within the team. It is an “exciting and very positive” time as the first talks are underway.

CEO of Formula E, Jamie Reigle has echoed all the positive sentiments about ABT’s comeback to the championship. Reigle commented that it’s “natural that teams and manufacturers leading the electric mobility revolution want to be part of the championship.”

With incredible opportunities coming in the Gen3 era, including new cars and new financial regulations, Reigle “look[s] forward to seeing ABT embrace these opportunities.”

Alberto Longo, Co-Founder and Chief Championship Officer, continued the positive comments. “I am delighted to welcome ABT back to where they belong,” said Longo. He noted that they are “a proven success story.”

ABT have 47 podium finishes and 1,380 points. They also won the 2016-17 Drivers’ Championship with Lucas di Grassi. The following year they won the Teams’ Championship.

The team will return to Formula E for the Gen3 era. They were a founding member of the championship. After competing for seven years and having a year off, ABT will be looking to carry forward their success from past seasons.