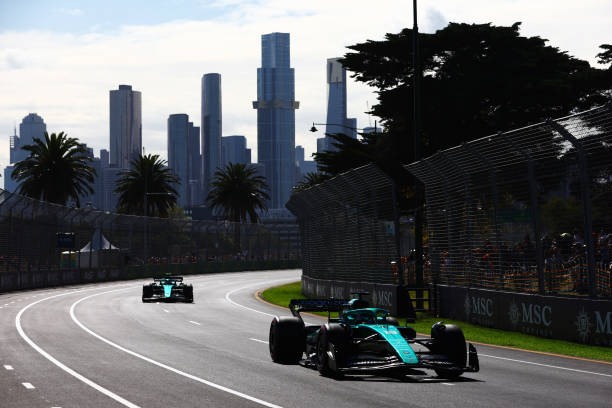 Aston Martin will be bringing quite a “substantial update” to the AMR22 over the weekend of the British Grand Prix.

2022 saw the introduction of the new regulations and the new cars. Over the first nine races, we have seen teams introduce different upgrades to their cars. One team that introduced some of the most notable upgrades was Aston Martin.

These upgrades stirred up the paddock and caused a lot of controversy. The enhancements the team brought meant that the AMR22 was then dubbed the ‘Green Bull’. Looking at the Aston Martin, it was very similar looking to the current Red Bull.

The upgrades improved the performance of the car but not as much as the team would have expected. Sebastian Vettel’s highest race result is P6 in Baku, after the upgrades were introduced. For Lance Stroll, his best race result this season is 10th, which he equalled in Canada last weekend.

The next round is Silverstone and the team are looking to bring even more upgrades for the British Grand Prix.

Aston Martin are currently eighth in the Constructors’ Championship and with 13 races to go, the British team will be looking to work their way through the midfield. Team Principal Mike Krack has commented on the new upgrades they’ll be bringing next weekend.

“We bring steps all the time, but major ones are a bit differently [managed]. For Silverstone, we will have another substantial update.”

Krack said he thinks “most of the teams will have” quite a big update to their cars for round 10. However, Andreas Seidl revealed yesterday that McLaren will have no major upgrades for the rest of the season.

“It’s also a matter of who brings how much and how effective it will be,” Krack continued. “But we’re quite confident, we made a good step.”

He outlined the aim of the team, saying “the target has to be to really get in front of this midfield so that you can start from the points[-paying positions].” Being eighth in the championship means the team are a place behind where they finished in 2021.

At the moment, heading into Silverstone, Aston Martin are on 16 points, only one point ahead of Haas. To reach McLaren in fourth, Aston Martin need 49 points. But Krack has said that the team need “another step” to be at the front. Right now, they are in the “middle of the midfield” – not where they want to be.

These new cars have certainly provided closer racing on track. Krack mentioned how “tight the midfield is”, saying that “you don’t need a big step to make [up] a lot of positions.” This differs from in the past where “there was a big difference between cars.”

Whilst Red Bull and Ferrari are way out front, with Mercedes slowly but surely catching up, the midfield has been changing with each team battling the others, fighting for positions.

“If you manage to be in the front of that group, the points that you score are much more than if you lack these two of three tenths that you need for it.

So that’s also why we cannot just say ‘we look at the new [2023] car’. We have to get to the front of this group, and then it is easier to fight for points because we cannot end a year where we started it.”

Silverstone is next weekend on July 1st to 3rd. Last year, Aston Martin had a mixed performance as Stroll finished P8 whilst Vettel unfortunately DNF’d. Hopefully next weekend, these new upgrades will produce a good result for the team.