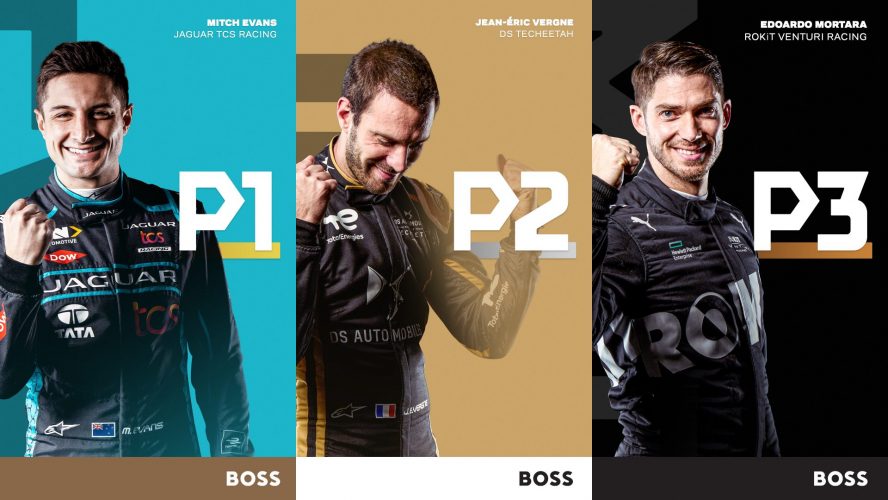 Micth Evans held on to first place in a very difficult battle with both Techeetahs and added pressure from Mortara.

The Jaguar driver won the first-ever Jakarta E-Prix, and the third of his season too.

The last 10 minutes saw Jean-Eric Vergne in the Techeetah and Mitch Evans in the Jaguar battle it out for first. Having used his attack mode late in the race, Evans had more of an opportunity to catch up with the French.

Both drivers had a fan boost to use, that gives the drivers five seconds extra power to the drivers. Evans attacked Vergne on turn seven out of nowhere to take lead. It was an unexpected overtake and Vergne saw himself trying to find the speed to attack the Jaguar, with six minutes and a lap to go. Evans came out of nowhere from behind as both cars went around the corner. He went on the inside of Vergne, who had less energy than the Jaguar.

Vergne not only had to think about chasing first but had added pressure from Mortara, who caught up with the race leaders.

Vergne tried to use the fan boost on the main straight but he was not close enough to Evans to overtake him.

It was not over yet, as one minute and 30 seconds were added to make up for the safety car. Mortara was told that he has more power than both the cars ahead. But Vergne still wanted first and Evans went under a big attack by the French. Vergne also bumped into the back of Evans, while Mortara was also trying to go for it with more energy.

In the end, Evans took first with Vergne and Mortara following.

Antonio Felix Da Costa made a crucial mistake after the safety car, leading Evans to get his Jaguar up in second. The lock-up led Vergne also to be pressured by Evans. Da Costa was told to gain his place as soon as possible, but he was being hunted down by Edoardo Mortara.

With 34 minutes left on the clock, both Techeetahs went into attack mode, with both cars losing one place. They were the first upfront to go into four minutes of a 13% extra boost. This led Evans to take action too but he came out behind Mortara, losing two places.

Mortara was posing as a threat to the other cars. The uncertainty and mystery of Venturi’s strategy left the other teams clueless about when Mortara will go into attack mode. Da Costa used up his second attack mode with 26 minutes left, as Mortara followed to use his first. Mortara only came out in fifth behind Jake Dennis.

The Swiss managed to make it to third and started going for first while Evans and Vergne were ahead of him.

Stoffel Vandoorne was leading the championship with 111 points before Jakarta. The Belgian would have liked for the race to go better.

He missed the race line to go into attack mode, and then went almost crashed into the barriers when trying it out again. He was battling it out with Porsche’s Pascal Wehrlein and Avalanche Andretti’s Jake Dennis.

The first four were having a dominant battle which closed off the opportunity for other drivers to join. In Jakarta, they were too fast for others to join.

In the last few minutes of the race, Vandoorne found the power to hunt down Da Costa. The fan boost was no use and he remained in fifth behind the Portuguese.

In the first three minutes of the race, the safety car was deployed after Oliver Rowland went off in turn three. After starting in twelfth on the starting grid, it was a disappointing end to the race for Mahindra’s driver. The only damage sustained on the car was the front left wheel, which came off.

The safety car only lasted two minutes and Jean-Eric Vergne led the pack to continue the race.