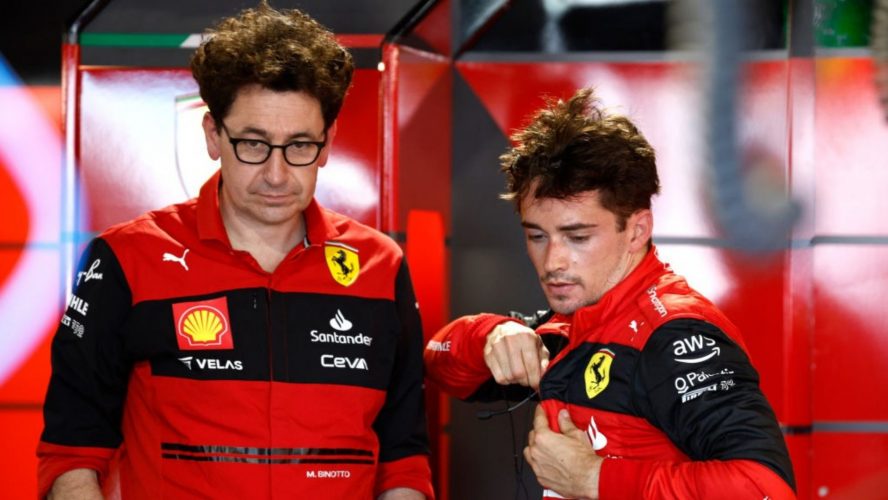 From his experience racing, Mika Hakkinen believes that there is industry respect between F1 personnel that won't get in the way of who leaves or not

Mattia Binotto bid Ferrari farewell following a season of ups and downs which saw emotions rise as they came close to a championship.

Many things went wrong for Ferrari throughout the 2022 season. Binotto’s decisions and his leadership were constantly questioned. Severe pit lane mishaps and confusion over team radio are not something that a team principal should tolerate. Especially when your competitor is Max Verstappen and Christian Horner’s beloved Red Bull.

Someone who went through the process of winning a championship is Mika Hakkinen. The 1998 and 1999 World Champion told Sky Sports that he thinks it’s “sad” to see Binotto leave. Formula One is a complex sport with many important and quick decisions to take. Such pressure is not easy for anyone to handle and Hakkinen knows all about it.

Throughout the season, there were many questions raised about the Ferrari team principal and his driver Charles Leclerc. The Monegasque started the season on a good note and was a serious contender for the championship. Team strategy decisions and unreliability in the car’s components cost him way too many points. Some even questioned whether he is “reliable” after the Belgian Grand Prix.

At 25 years old, Leclerc might still need to build the strength to go through a difficult championship campaign. But the mishaps at Ferrari didn’t help the Monegasque at all and, along with Carlos Sainz, he got very frustrated. This was evident from the team radios. However, things between Binotto and Leclerc seemed quite bumpy after the British Grand Prix, when Binotto was seen wagging his finger at the driver. Leclerc finished in fourth while his teammate triumphed and earned his first ever win, with the fastest lap and pole position.

Did this incident contribute to Binotto’s departure?

Hakkinen spoke to Sky Sports about the matter and admitted that it is probably not the case. When asked, he responded:

“I don’t know about that. I always thought when I was racing, it’s not a question about whether you like somebody, it’s a question of how good they are, how committed they are, how intelligent, how clever they are – that’s what matters.”

He added, “It doesn’t matter whether you like them or not. That doesn’t interfere with your success. You have to work in a team, you have to respect the people’s talent, knowledge, their commitment to the sport, so I doubt it’s a true story.

“It’s very sad, I think he [Binotto] is a great personality, a great guy. Formula 1 is a very complicated sport, it requires three, four extremely talented people to run the team, to make a success. It’s not just one man or one woman who can run the team.

“It requires a number of individuals – different characters, different talents to be able to add and contribute to the team’s success.”

Now that Binotto is making his way out of Ferrari, many are wondering who will replace him. Some names rumoured to be in consideration for the position are Alfa Romeo’s Frederic Vasseur and Ross Brawn.