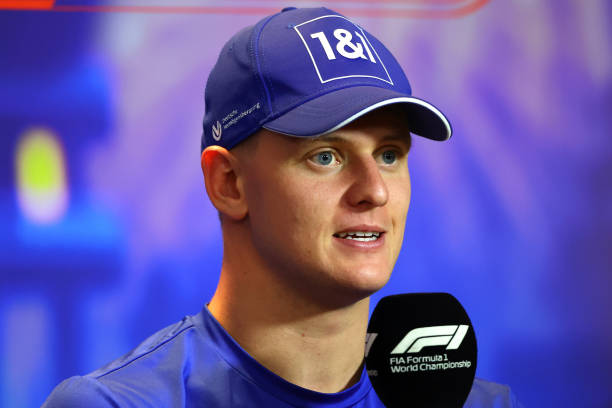 The former Haas driver has been replaced by Nico Hulkenberg for 2023.

Mick Schumacher may have driven his last lap in F1 under the Haas hierarchy, but his comeback is set to get started a lot sooner than expected.

Speaking to media including RaceFans.net, Schumacher revealed his mind was “pretty much set on coming back in 2024, if not already in ’23”.

Since making his debut in 2021, Schumacher has tussled and toiled with both an underivable car and his own confidence, resulting in a pretty lacklustre F1 career so far.

Of course, there was the odd notable performance, such as his first points finish at Silverstone and even a P6 finish in Austria, but it still wasn’t enough to convince Guenther Steiner that the young German deserved to stick around.

Nevertheless, Schumacher remains confident that his performance has spoken for itself.

“I wouldn’t say I feel like I’m pole position [to be called up], but I do feel confident that I’ll be able to put something in line for me where I feel comfortable,

“I’ve shown my pace, and I know a lot of the people in the paddock are happy about how I’ve developed, so I’m sure that I’ll be able to talk to a great deal of teams.”

Replaced by the vastly experienced Nico Hulkenberg for 2023, Schumacher will definitely not be in a full-time F1 seat for next season, but there is an illustrious reserve driver role still up for grabs.

With Nyck de Vries now at AlphaTauri, a reserve spot at Mercedes could be the perfect role for Schumacher to reignite his career, and Toto Wolff has sounded more than happy to accommodate him.

“He’s an intelligent, well-mannered young man. He’s been very successful in junior formulas. We believe that we can look after him if the situation were to happen.”

The legendary Michael Schumacher, Mick’s dad, made a similar career move in 2009, returning from retirement to race for Mercedes until 2012.

“My dad did the switch from Ferrari to Mercedes,” Mick added. “I don’t see a reason why not right now [to do the same]

“But again, as I said earlier this week, I have time now, so I’ll consider all the options that I have to then hopefully make the right decision for me. It’s definitely very humbling to hear what Mercedes and especially Toto says about me.”