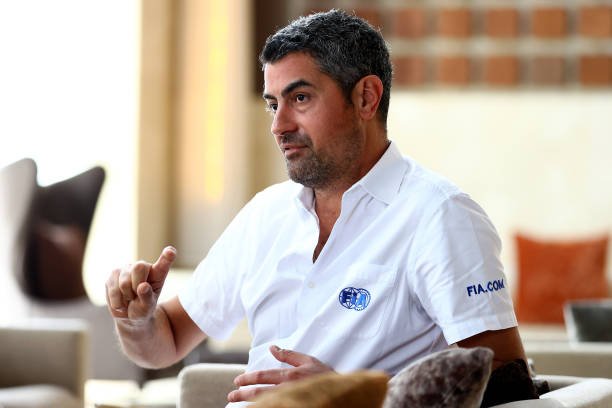 It has been revealed that not only Michael Masi, but also his loved ones, received death threats following the controversial title decider in December.

As reported by the Independent, Christian Horner has confirmed that Masi and his family were subject to awful abuse and death threats. This came after the then F1 race director was seen to inadvertently deny Lewis Hamilton a record eighth drivers’ title.

The Red Bull team principal was outspoken on the matter at large following Masi’s dismissal. He said that the sport had abandoned Masi, whilst revealing the extent of the threats and abuse.

Just the day prior, Horner’s lead driver, Max Verstappen, had said that Michael Masi had been thrown under a bus.

Max Verstappen headed into the final race of the 2021 season on equal points with reigning champion Lewis Hamilton.

It appeared the Brit had persevered in the ‘winner takes all’ showdown. However, a late safety car period following Nicolas Latifi’s crash turned the race, and the championship, on its head.

Masi has been widely criticised for what is seen, and broadly accepted, as an inconsistent application of the rules. It has also been acknowledged that the former race director was put in an almost impossible situation, with a lack of adequate support.

Additionally, Nicolas Latifi was subject to online abuse and death threats for his role in the incident.

What has Horner said?

He commented: “The lack of support that was shown to Michael was disappointing, especially at a time when mental health is so prevalent. To hear that his family and he received death threats is not right.

“An awful lot of pressure was put on the FIA to deal with him. And I made it clear in last week’s meeting in London that there should have been more support for him. I was disappointed that nobody shared that opinion.

“I have had an exchange with Michael to wish him well. But the whole experience was very, very tough for him.”

How does he view the closing moments of the season?

To some, the events that unfolded have tainted Verstappen’s maiden world title and left a permanent asterisk next to the 2021 championship. Horner doesn’t see it this way:

“In the UK media a lot has been made of it because Lewis is obviously a British driver, but I really don’t think so,”

“Max was the outstanding driver last year. He had bad luck and things didn’t always go his way, too.”

In extension of this, he mentioned that some of Mercedes’ strategic decisions during the Abu Dhabi Grand Prix contributed to affording Verstappen the ultimate opportunity to pass Hamilton on the final lap.

Mercedes twice had the chance to pit Hamilton from the lead. Once in the earlier virtual safety car period. Once more during the full safety car at the end of the race.

Tactically, some accept that it’s not a clear error to leave the lead car out in such scenarios, as the driver behind has the option to make the opposite decision.

Max Verstappen begins his title defence at the Bahrain Grand Prix in March. The Dutch driver is expected to sign a long-term deal with Red Bull in the coming weeks. He is currently contracted to the team until the end of next season.