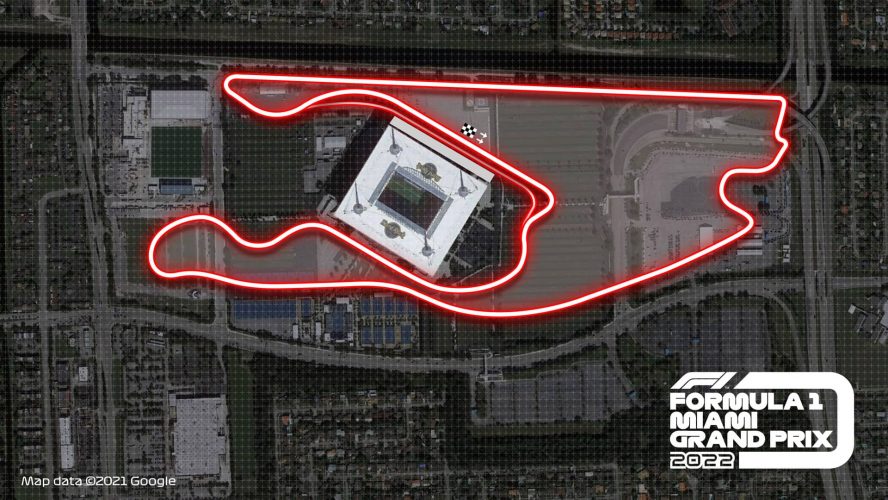 This is the Exciting Sector Three of the Miami F1 Track

The Miami Grand Prix is just around the corner and it’s making for an exciting debutant track.

The track has a mix of high and low-speed parts which will prove an exciting challenge for the drivers. The Miami circuit has 19 corners with a distance of 5.412km. It features long straights which Sergio Perez admits that they will make for “good racing”. His teammate Max Verstappen admitted that the first-ever Miami Grand Prix “is going to be crazy.”

The third sector is a narrow one and is expected to be the trickiest part of the Miami circuit. Yuki Tsunoda gave the track a try on the simulator and explained how interesting the last sector is.

The Japanese said, “I have driven the track on the simulator and the first two sectors are quite fast with some medium and high-speed corners. Sector three is what I call a ‘Formula E sector’ with a lot of very tight corners and I think overall it looks like being quite an interesting track to drive. I think it will be fun, although overtaking might be difficult, so we must qualify well.”

AlfaRomeo driver Valtteri Bottas thought the contrary. When trying out the Miami track on the simulator, he said that it will be a “good track for overtaking”.

Meanwhile, the Apex design engineer did also say that the track can be quite difficult to overtake. He said, “There is a very high speed and high lateral g section from Turns 4 to 8 where cars will likely struggle to pass and where vehicle performance on the exit of Turn 8 is critical to lap time, followed by low fast power-limited corners at Turn 9 and 10 where it is credible to imagine side-by-side racing.”

Maybe Bottas was thinking of this sector when he passed his comments on the track.

The new Miami circuit was designed by Apex whose director is Clive Bowen.

Bowen spoke about the track, “We had to ensure that we had a racetrack that had enough of a Jekyll and Hyde personality that they were mostly sections with grade change and a lot of traction which require a soft set-up on a car, then some super high-speed sections where you want to have a stiff setup to get the best from aero performance and therefore lateral grip through the corners.

“The sequence from Turn 13 through to 16 is where we thread the needle under the Turnpike overpasses. Going into Turn 14, you don’t see the apex of Turn 15 until you’re on the apex of Turn 14. It’s what we call a ‘mistake generator’ so the opportunity for drivers to gain position because somebody in front overdrives is quite high.”