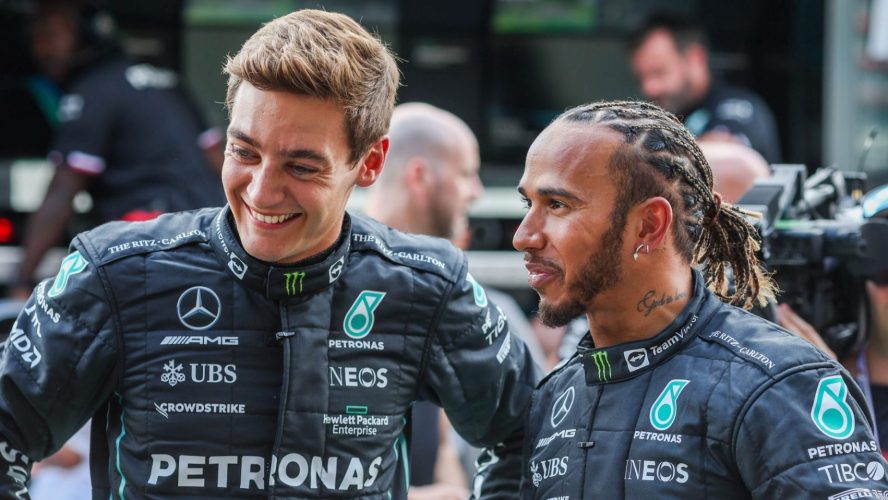 Mercedes feels to be back on track with their car development after a poor job with W13 in 2022, says Andrew Shovlin, Mercedes Trackside Engineering Director.

The poor performance of the W13 this season goes without saying. Mercedes themselves admit that they have not done a good enough job compared to its front-runner rivals. Shovlin stated:

“We haven’t done a good job, because we went from a situation of winning consecutive championships, winning all the championships there have been in the hybrid era, to being a long way off the pace when we started the year.

Their porpoising issues and their campaign to fix these issues, set them back behind Red Bull and Ferrari. The latter teams were able to create distance to Mercedes, however, Shovlin believes that Mercedes have since figured out their issues and are back in the front, he said:

“The position we were in maybe in the first third of the year, we were firmly in the mid-pack, we were being beaten by cars that six months ago we were lapping, [and we’ve progressed] to get to the point that we’re in today. We’re not the fastest car, we’re not where we need to be, but it does feel like we’re now in the race with the front pack.”

Shovlin agreed that this season was far from their best, but the team and their drivers still have their confidence in Mercedes.

Hamilton confirmed that he does plan on continuing with Mercedes. Despite a not-so-great season this year, he doesn’t want to stop racing. Shovlin says the path is clear for the team and for Hamilton:

“Lewis is always working hard, super motivated and desperate to try to win. I think, going from the competitive position that we’ve had in the preceding years, to a really difficult car at the start of the year, was a bit of a shock for him.

“Also a bit of an adjustment for us to get used to working… effectively racing in the mid-pack for a lot of the early part of the year, having to make a lot of compromises with the car to try to get the best out of it, and then learning at the same time.

I think, the same as us as a team, Lewis can also see that we’re definitely going in the right direction. We can see a clear route to getting back to a point where we can challenge for pole positions and wins.

“You can see with Lewis’ commitment to the team, that’s increasing, the closer we get, and his commitment to putting in the work on his side to try and help us achieve those goals.”