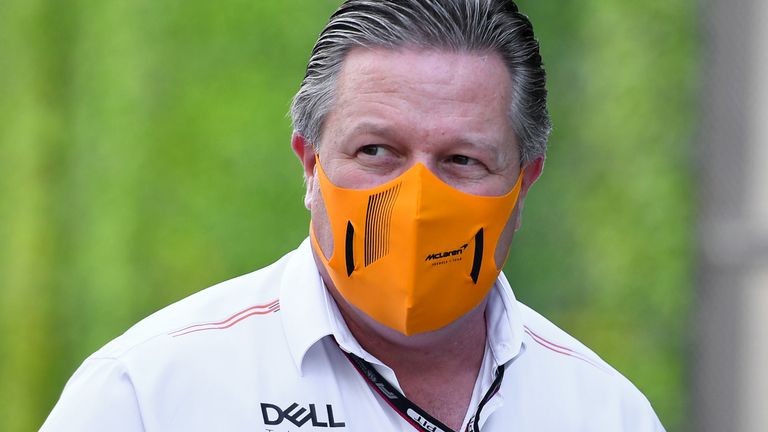 McLaren have become one of the main competitors in Formula One, and although they might still not be on Mercedes’ and Red Bull’s level, they are still on a great path which can see them winning titles in the future.

McLaren were struggling with their Honda engine, which they used from 2015 till 2017. They then switched to Renault, before 2021 saw them form a partnership with Mercedes to become their engine supplier.

Since they left Honda, they have been getting better and better, and not to mention the fact that in 2021 they were the only team to record a 1-2 finish with Daniel Ricciardo and Lando Norris.

Team Principal Zak Brown now looks forward to 2022 and to discover what the new regulations will result in, “Because we’ve got no real data, other than simulation, which obviously, as you know, Formula One teams are very good at, there’s a nervous excitement.

“In theory, we’re feeling pretty good; we’re happy, we’re hitting the goals and objectives that we’ve set out, but because we don’t really have a baseline or anything to compare it to historically, there’s just a big element of the unknown.

“I think that’s what gonna make F1 mega exciting this year; someone’s gonna get it right, and maybe someone’s gonna be getting it wrong. I think the grid will have an element of surprise to it. From where and how? I don’t think any of us know.”

McLaren’s Technical Director, James Key, already spoken about the space for development and innovation that the new regulations have left and admitted that because all teams are “in the same boat”, it might be a more levelled field.

Brown also commented about the new rules, “I think it will, over time, [level the playing field], but we in particular still have technology and infrastructure to catch up [on], i.e. wind tunnel and things of that nature.

“While I think five or six teams are going to run at the budget cap, we’re not all entering the race at the same stage, so to speak, I think it will take a little bit of time – a couple of years – to get caught up to where we’re entering a season and we have everything Mercedes has, or we have everything Ferrari has.

“We might have what they have on an annualised basis, but we don’t have the same amount of toys [or] toy infrastructure that they have. I still think they’re [the top teams] coming into the new era with an advantage that I hope we and others erode over time to truly be on an equal footing, but we’re not there yet.”

This is a fair enough view from Brown. It is unrealistic to think that with the new regulations, we are going into a season where the likes of Haas or Alfa Romeo will be racing for a podium finish with Mercedes. The level of technology and resources that teams have been still quite distinctive, and the new regulations are only a small step at levelling the Formula One field…

Do you think that one of the midfield or below teams will surprise us this season?