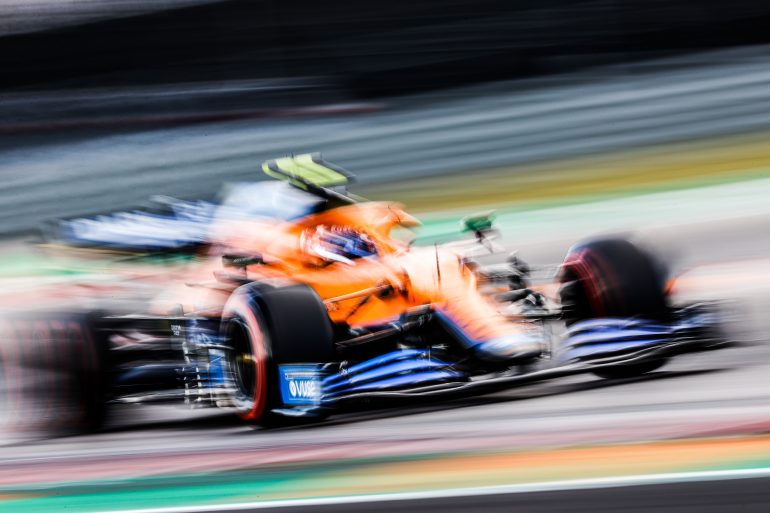 McLaren ready to hunt the Ferraris

Daniel Ricciardo and Lando Norris qualified P7 and P8 for the United States Grand Prix in Austin, Texas. They start directly behind the Ferrari pair, as their fight for 3rd in the constructors’ championship continues.

McLaren looked quick in FP 3 earlier on Saturday,  but were outqualified by both Ferrari cars in the final qualifying session. Ricciardo admitted he wasn’t fully comfortable with his performance, as he got close to dropping out after Q2 for a while. “Q1 was probably the best lap of the session,” Ricciardo said. “It was where I felt probably the most comfortable. The medium, I didn’t feel that great. It was a little hairy, although I’m happy to start the race on that tyre, but on one lap I didn’t really get comfort on that. Then back to the softs in Q3 was better.”

“So very close to Carlos, when the gap’s that small that’s definitely achievable but I think Charles was maybe two tenths up the road and I don’t think we had that in Q3. I want to say obviously we want to be ahead but we’re close enough to not be discouraged, and we’ll be the hunters tomorrow.”, Ricciardo said. His teammate Lando Norris added: “We do have a good car, just today Ferrari were that little bit ahead. It wasn’t like they were four or five tenths ahead, they were just a little bit ahead, so I think we have a chance, especially with Carlos on the softs, but the softs aren’t a bad tyre so it’s not like he’s just going to be shocking and they made a terrible move.”

“I think he’s going to have an advantage on at least the first half of the first stint, so there’s still things that they’ve gained from starting on the softs, but I think in the long run hopefully we can pip them.”

Sainz himself agreed that starting on the softer tyres puts him on a backfoot going into the race. “For the first 10 metres, yes; after one corner, you want mediums. There’s one positive but a lot of negatives in that sense, so a bit on the back foot going into tomorrow. but we’ll try our best and see what we can do differently.”

Ferrari and McLaren are fighting it out for third in the constructors’ standings with the Woking team just 7.5 points ahead of their Maranello rivals as they head into the United States Grand Prix.