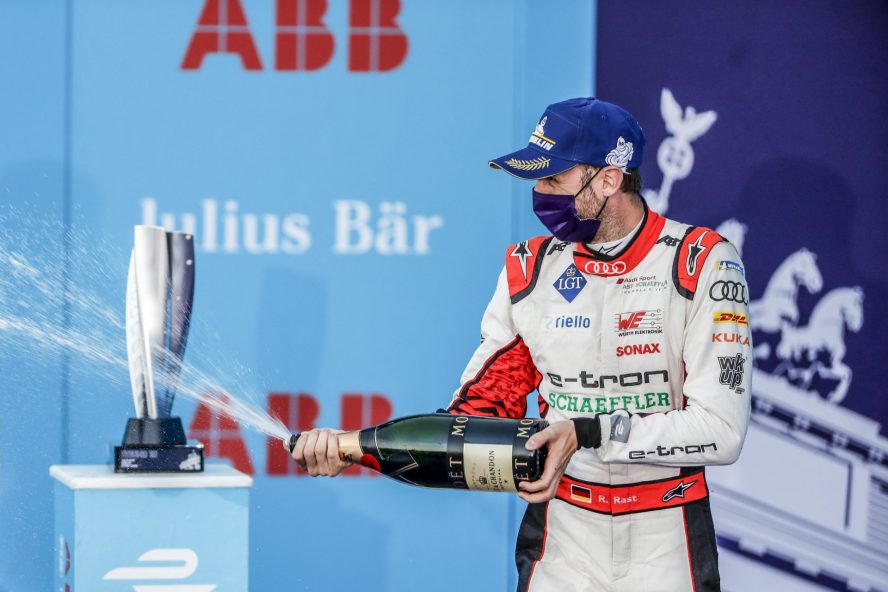 As McLaren enter Formula E in the Gen 3 Era, they confirm their first driver

Rene Rast has been confirmed as the first driver to make part of the line-up for McLaren Racing in Formula E for the 2022/23 season.

The German is making his return to Formula E, after having raced with Audi during Season 7 of the Formula E. That year he achieved a podium in second in Puebla. He made his debut in Formula E back in the 2015/16 season, when he made an appearance in Berlin for Audi, and then stuck along for another year. He also won some silverware on homesoil, which sealed the deal even more.

Following his exit from Audi, recently Rast has also been confirmed as a factory driver for BMW. The Munich-based manufacturer will compete in the IMSA WeatherTech SportsCar Championship with the BMW M Hybrid V8.

Rene Rast expressed his excitement for joining McLaren, especially since it is one of the most successful names in motorsport.

“I am delighted to join the NEOM McLaren Formula E Team. “

He added, “As a racing fan, McLaren has always had huge appeal. It’s an iconic name in motorsport with a rich history, so I feel privileged and proud to be able to represent McLaren in Formula E next season.

“I’ve done a season in Formula E before, it was a great experience, and I felt after that year I wasn’t done yet. I’m excited that I am now getting the opportunity to continue that journey. I’m extremely motivated and have no doubt we will create something great together. I can’t wait to get started!”

Meanwhile, Ian James, Managing Director of the NEOM McLaren Formula E Team said, “While we approach the start of a new chapter for the team, I am delighted to be able to add Rene to our driver line up for next season. Rene has shown his racecraft over and over again in every series he has competed in to date.

“He is not only extremely fast, but also consistent, and has valuable previous experience in Formula E, which will be of great help both to the team and himself. Season 9 promises to be an exciting challenge for the team and I’m happy to have one of our cars in the trusted hands of Rene.”

This announcement could not be perfected without the comments from McLaren Racing’s CEO, Zak Brown. The McLaren boss said, “Rene has impressed over the years in the series he has competed in. He is a true racer and has proven to be quick in any car he’s driven. His previous experience in Formula E will be invaluable as we head into this exciting new era of racing for McLaren Racing. I’m delighted to welcome Rene to the McLaren Racing family.”

Rast had signed with Audi till the end of 2023, but has now been confirmed for BMW. Since he now joined McLaren to embark on their Formula E journey, he will probably become a bigger part of BMW’s picture from 2024.

On his move to BMW, Rene said, “After so many successful years at Audi, I am looking forward to a new challenge. I followed what has been going on at BMW M Motorsport in the past years and a long time ago, I took my first steps in motor racing in Formula BMW. Returning to BMW now, almost 20 years later, is a great story and a logical step for me.”

BMW are happy to have Rene Rast on board, as head of BMW M Motorsport said, “I know René Rast very well from my time at Audi and I am delighted that we will work together now at BMW M Motorsport. Rene is a very versatile racing driver and a fantastic addition to our squad of drivers. His success speaks for itself. He has immediately been fast in every car he has driven so far.

“He also has a meticulous approach to his job, which has always impressed me. I am confident that he will be a great help to us in many areas, whether it be racing or developing our cars.”