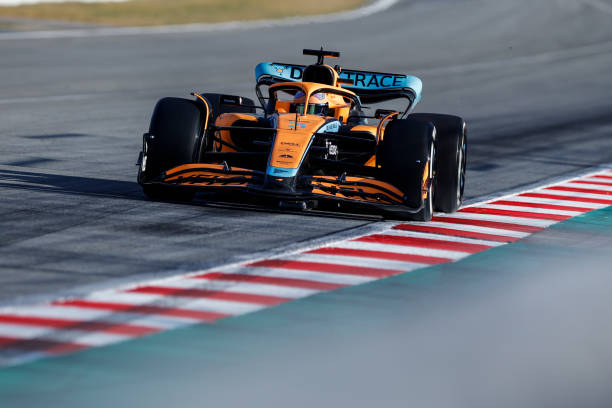 McLaren have had a tough season with mixed results.

McLaren are not looking to make any major new upgrades to the MCL36 this season, despite knowing that they have to improve.

So far in 2022, McLaren have had a rocky start. The team have suffered two DNFs, one for each driver, and only one podium. They are currently running in fourth in the Constructors’ Championship on 65 points, only eight ahead of Alpine.

When you look over the season and McLaren’s performance, it is clear that there are some inconsistencies. We saw Lando Norris achieve a podium in Imola for the Emilia-Romagna Grand Prix. Daniel Ricciardo’s highest performance was P6 in Australia, which was when McLaren were third fastest on the grid.

These inconsistencies are affecting the team’s performance. In Canada last weekend, we saw them double-stack in the pits, but not have the correct tyres for Norris. This cost them some valuable time and as a result the young Brit had an unfortunate race.

Andreas Seidl, the Team Principal of McLaren, has said that in order to solve these issues, the problem lies elsewhere. It isn’t in “major upgrades.”

“The main thing at the moment is still to try to unlock more performance from the package we have. And then we need to see which further small little changes to the car will come throughout the season.”

The Woking team brought upgrades to Barcelona, for the Spanish Grand Prix. Here, Norris and Ricciardo finished P8 and P12 respectively. But with the cost cap worries and Seidl’s comments, it is unlikely we will see more major upgrades to the MCL36.

When speaking about the upgrades already made, Seidl said they have “made a good step forward”, especially from last year’s weaknesses. He continued saying that the “car is now more suitable to all kind of tracks”, but they “just need to make sure [they] keep trying to make steps with the car” to maintain their fourth place in the championship.

It’s not just McLaren who have had some ups and down this season. Mercedes have had mixed performances on track but have been consistent with no retirements. Other teams like Red Bull, have the pace and are always at the top of the grid, but have suffered reliability issues.

Seidl knows that with these new cars and regulations everyone is seeing changes and inconsistencies. He said “At the same time, probably also due to these cars still being so new, we still see big swings between all the different cars we are battling with from track to track, where you are at one weekend the third or fourth fastest and the next weekend you’re suddenly in qualifying the seventh-fastest team.”

The Team Principal concluded by reflecting on the initial start to the season saying it was “difficult” for “the wrong reasons.” But they know that their main issue, and “area [they] have to improve” is the consistency.

The next race is Silverstone on July 1st-3rd. Last year in 2021, McLaren proved their worth. In Qualifying, Norris and Ricciardo finished P6 and P7. They both then went on to finish a place higher in the Sprint Race. This momentum carried on over into the Sunday as they replicated the improvement with Norris finished P4 and Ricciardo finishing P5.

Hopefully McLaren can reproduce some good results over the British Grand Prix weekend.