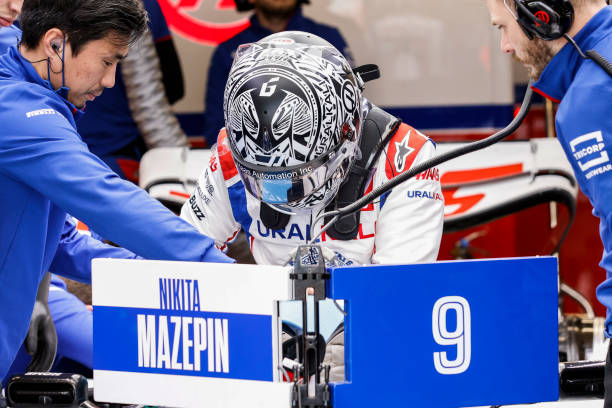 Former Haas driver Nikita Mazepin has announced that he will take the team to court over unpaid wages.

During pre-season testing in Barcelona, Haas swiftly cut ties with both the Russian driver and his main sponsor Urakali after Russia invaded Ukraine.

The termination of the contract with title sponsor Urakali came as the company is controlled by Uralchem, the company of which Mazepin’s father is CEO. This was due to Dmitry Mazepin’s close connections to the Russian leader. As well as the fact that he was also facing sanctions himself and were forced to cut all ties.

Call to the courts

Earlier in the year, Haas rejected a request from Urakali to refund $13 million already paid as well as a further $8.6 million compensation for loss of profits.

Speaking to RBC Sport, the Russian driver announced that he has filed a lawsuit against Haas over wage arrears.

In his interview, Mazepin stated, “When the contract was terminated, Haas had a salary arrears to me for 2022, and they still haven’t paid it,” adding, “I’m just talking about the fact that contractual obligations were not fulfilled.”

Mazepin then went on to say:

“You also need to understand that we had two independent contracts. And breaking the agreement with the title sponsor did not have a direct impact on my future in the team. So they made two separate decisions. I didn’t see my money, so we’re going to court.”

He further went on to express that “it seems to me that the employer should at least compensate for the salary until the moment of dismissal and, probably, pay some kind of severance pay.”

The Russian driver then went on to emphasise that the trial would take place only between himself and the team stating that “this is my personal story.”

Cancellation of the Russian GP

Shortly after the invasion, Formula 1 announced the cancellation of the Russian Grand Prix.

Formula 1 has terminated its contract with the Russian Grand Prix promoterhttps://t.co/67IUOS3nhl

Mazepin expressed his views, saying: “According to my information, Formula 1 paid money to Rosgonka for the cancelled Russian Grand Prix.”

He then went on to add that by doing this, Formula 1 had “set an example of etiquette”. He continued by noting that he had hoped the rest of the paddock would follow suit.

Mazepin concluded with: “There are business relations and you can’t go wild, this is wrong. Unfortunately, not everyone is guided by this.”

Mazepin has expressed his interest in returning to motorsport, taking part in the Silk Way Rally through July.

The driver also announced that he is “keeping fit” and hopes to “return to Formula One.”

Will we be seeing his return to the top spot sometime soon?

This is going to be a very special place to be! 😍