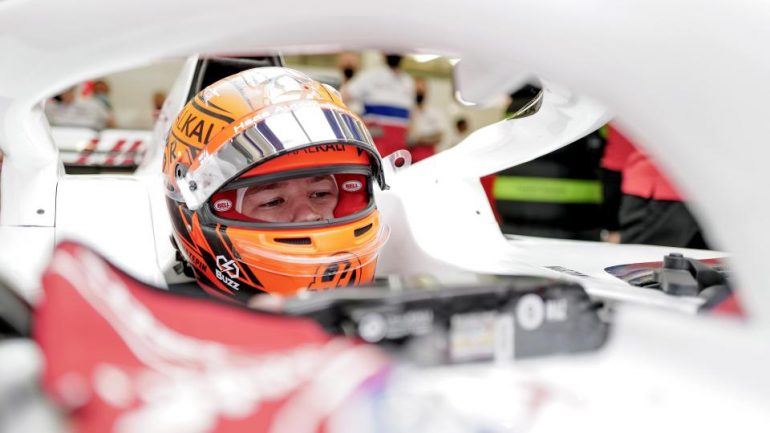 Mazepin already wishes for “an offer from a better team”

Haas driver Nikita Mazepin is already thinking beyond the team, admitting developing in F1 isn’t going according to plan.

Haas is currently living its worst season in F1, considering the car wasn’t particularly developed from 2020. Furthermore, the American team remains the only one to not have conquered any points in 2021. Some hope has been provided by Mick Schumacher, who was able to access Q2 during the qualifying for the Turkish Grand Prix.

On the other side, Nikita Mazepin has been showing little to no progress and the gap to his teammate seems to be only getting worse, while his on-track behavior seems to be creating more and more discontent between fans, who consider him both reckless and dangerous.

The Russian discussed his antics with Auto Motor und Sport, justifying himself with the current situation Haas finds itself: “Maybe sometimes it comes across that way when you’re on the track fighting against much faster cars with inferior material. You try everything to get a point for the team somehow. Sometimes I make mistakes, I analyse that and try to do better next time. But I certainly don’t try to be the bad boy on purpose.”

Discussing criticism regarding his figure, the driver is certain he doesn’t suffer from added pressure: “I don’t feel it at all. Of course, there was justified criticism of what happened before the season. Some people already had their preconceived opinions, but you have to stay true to yourself. You always learn and develop. I was just a teenager. I’m here in this paddock to make my team and my father proud.”

Mazepin then went on to discuss the eyes on him at the back of the grid: “I wouldn’t say that I’m not in the limelight. It’s rather the opposite. When you come to F1, you can’t choose your car anyway. For me, it was important to reach Formula 1 in the first place. Hopefully I can help to make the team better. And maybe I’ll get an offer from a better team at some point.”

However, it must be noted that the Russian is confirmed at the American team for 2022, after which he will be a free agent on the market. Considering that the main reasons for his presence at Haas are the Russian sponsors Mazepin brings with him and the team’s financial difficulties, Haas will have to think about a possible future without its main sponsors, especially considering this year’s performance is not helping them.