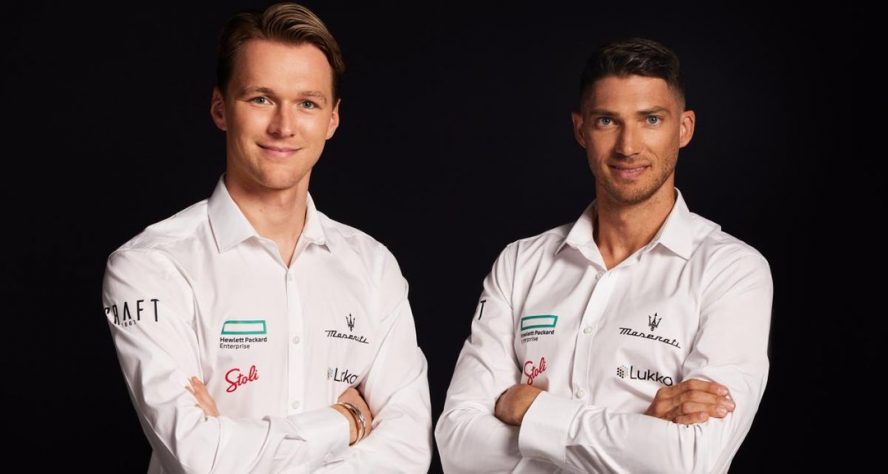 Maserati take over Venturi's Formula E entry for season 9, and have revealed their all-new driver line up: Maximilian Günther and Edoardo Mortara

Edoardo Mortara stays with the team, as they re-brand from Venturi to Maserati MSG for Formula E season 9 – and the start of the Gen3 era. Maximilian Günther moves from Nissan e.dams, where he spent 2021-2022.

Mortara came close to clinching the Formula E crown in both the previous two seasons. He finished runner-up in 2020-21 and P3 last year. The Swiss-Italian-French driver has been with the entry since making his debut in Formula E during the 2017-18 season. In the series, he has six wins, 13 podiums and two pole positions to his name.

Günther joined Formula E upon graduating from Formula 2 in 2018. After a year as test and reserve driver for Dragon Racing, he earned a full-time race seat with BMW i Andretti Motorsport.

The German became the youngest-ever Formula E winner when he won the 2020 Santiago ePrix. A further two race victories followed before leaving the team upon the conclusion of the 2020-21 season.

Although experienced in the category with 52 race starts under his belt, Günther is somewhat of a replacement for Maserati MSG. The team had expected former Formula E champion, Nyck de Vries, to complete their driver line-up for 2023, alongside Mortara. However, the Dutchman eventually signed with AlphaTauri after impressing on his F1 debut for Williams.

As part of the move from Venturi to Maserati, James Rossiter was announced as the new team principal ahead of season 9. Like Mortara the year before, Venturi finished runners-up in the 2021-22 Teams’ Championship. Together, the 35-year-old driver and Maserati MSG will be hoping to go one better in 2022-23.