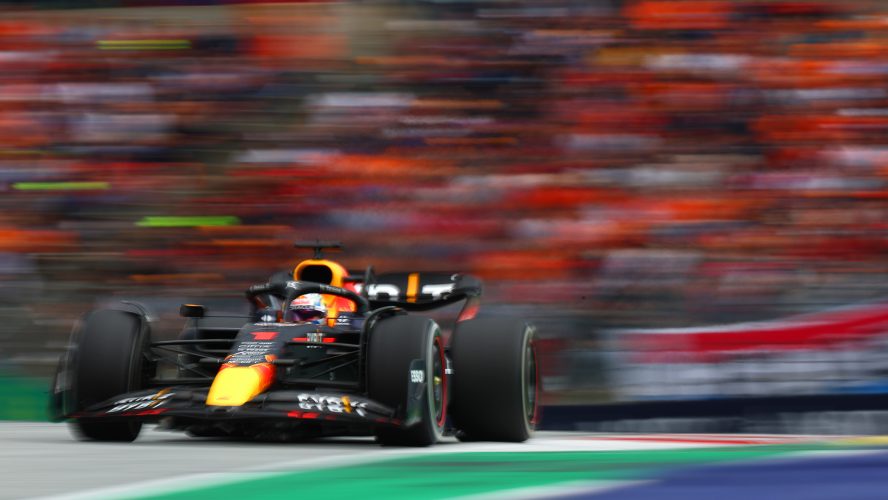 Formula One will be back this weekend as teams head to Le Castellet to face it off at the French Grand Prix, and on his way there Max Verstappen has huge criticism of the FIA.

This comes after over 40 warnings were given to drivers at the Red Bull Ring in Austria for exceeding track limits, and Max thought that this was somewhat “a joke.”

Red Bull Team Principal Christian Horner also agreed that there were way too many incidents noted. The Red Bull ring in itself is a very fast track and drivers are expected to go a bit over the limit.

Max Verstappen thinks that track limits regulations should be reviewed, especially to ease stress off stewards. Compared to other incidents which can take place in a race, track limits are one of the slightest problems that the stewards have to deal with.

The 2021 World Champion explained that many drivers agreed that the FIA policing in Austria was over the top.

The Dutch said, “We have good conversations between the drivers and at the end of the day, more or less, on most things we agree. Of course, everyone has their own opinion about certain things, but like track limits, the track limits debate [in Austria was] a bit of a joke, not only in F1 but in F2 and F3.

“We have to look into how we can make it better. Also for the stewards, and just the people involved with checking these track limits, I mean it’s almost impossible to check these kind of things. You need what, almost like one guy on one car the whole race to check the whole lap if he’s not going outside of the white line.

“In Austria, at least, in some places, you get naturally penalised if you just go a bit wider and you touch the gravel. These kind of things, it just doesn’t look good for the sport as well, and this is just one thing. Then the other thing are racing incidents and stuff. For sure, we can do better. We will work on it and we’ll try to make it better.”

By Morgan Holiday14 hours ago

The Red Bull Team Principal also had a thing or two to say about the matter and he thinks that it will only turn worse at the French Grand Prix.

He said, “The problem is the nature of the circuit [Red Bull Ring], it invited the drivers to use the track limits and of course, there were many, many drivers that were infringing that over the weekend.

“My concern isn’t too much here. I think [Paul] Ricard will be a bigger issue. There is genuine time gain to be had and you’ve got acres of Tarmax there so it’s just inviting you to run offline.”

Track limits are not the only thing on Horner’s mind as they head over to France. He is also expecting their 2021 opponents Mercedes to be quite quick and pose a challenge in their 2022 campaign which sees them primarily go head-to-head against Ferrari in the title race.