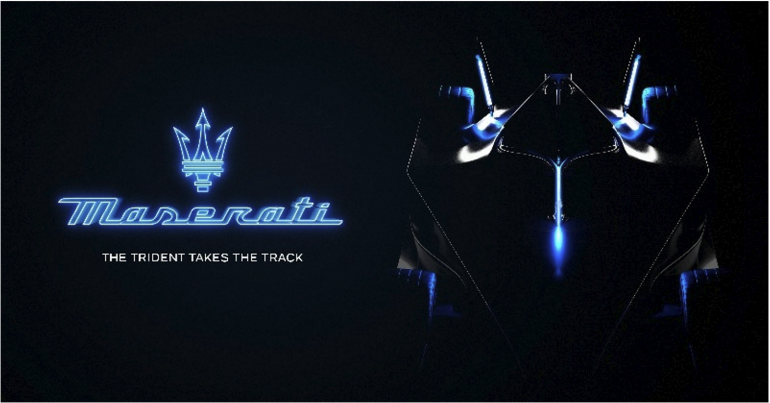 Maserati: “Proud to be back where we belong as protagonists in the world of racing”

Maserati announced today that they would be returning to the world of motorsport, joining the Gen3 era of the ABB FIA Formula E World Championship.

It has been more than 60 years since the Maserati Trident has been in a single-seater competition. In 1957, Juan Manuel Fangio won the Formula 1 World Championship for Maserati, but the Italian team left a year later.

Their MC12 GT1 car that raced in the former FIA World GT Championship was the last time they raced in motorsport, but their return is coming.

Formula E’s Gen3 era starts in 2023 and it is the debut of the championship’s most powerful car yet.

Maserati will be joining the championship with the help of Stellantis Motorsport.

Davide Grasso, Maserati’s CEO, said that they are “very proud to be back where we belong as protagonists in the world of racing”.

Maserati’s return to motorsport is “a really critical move because it’s part of the DNA of the brand” and they are “ready to drive performance in the future”.

Grasso feels the brand’s racing heritage aligns perfectly with the Formula E Championship. He added that Maserati joined this single-seater championship because:

“It’s very fresh, it’s very of the moment, and it’s very close to the way people intend mobility. And it’s also in key cultural hotspots for different parts of the world”.

The aim is that as the brand learn on track, the feedback can help improve their road cars.

Jean-marc Finot, Senior VP of Stellantis Motorsport said that Maserati Formula E will be the “technological laboratory to accelerate the development of high-efficiency electrified powertrains and intelligent software for [their] road sports cars”.

Finot is pleased with Maserati’s return and said that for Stellantis Motorsport, “it is a great pleasure” to get the trident back on the track.

Formula E’s CEO Jamie Reigle is also “delighted” that Maserati will be joining the Gen3 era, especially since three major manufacturers (Audi, BMW and Mercedes) will not be a part of Formula E from 2023. Audi and BMW have already left the championship and Mercedes are staying until the end of the Gen2 era.

With Maserati joining Formula E, their focus is on their return and their partnership with Formula E. Grasso said that “time will tell” when asked whether the brand will return to Formula 1 after so many years.

An F1 return has not been ruled out but it has been indicated that currently it is not under active consideration.

As of now Maserati have “plans [they] are ready to announce, specifically teams and team members” but today they want to focus on the “coming back of the brand”.