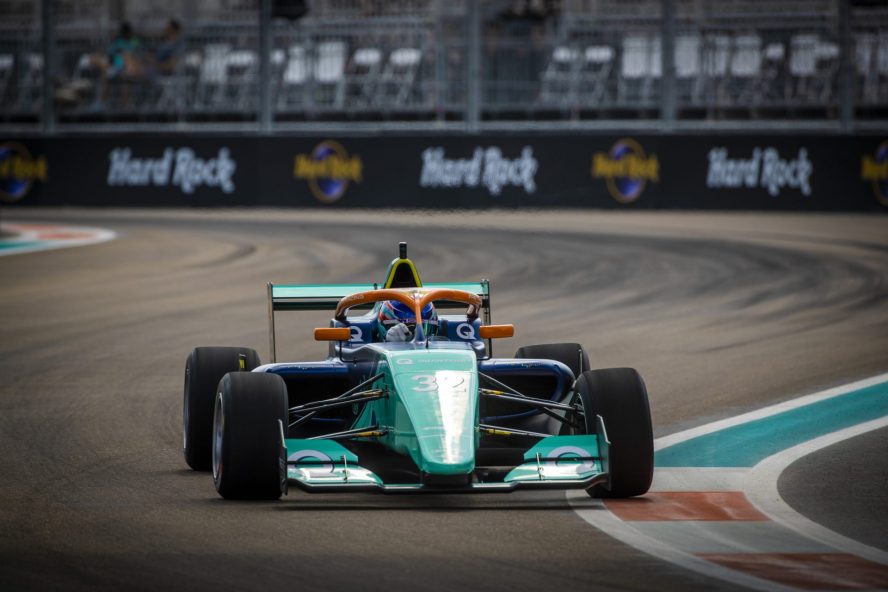 Nerea Marti conquered her first-ever pole in the first W Series qualifying in 2022 for Race 1. On the other side, reigning Champion Jamie Chadwick was able to snatch the most important grid position for race 2 on Sunday.

Qualifying was useful to set the grid for both races of the weekend, as drivers’ best time lap will be used for setting the first grid and the second-best for Sunday’s grid. The top 3 from 2021 immediately showed their pace with either Powell, Chadwick, or Kimilainen topping the timing sheets. Returning from her incident in Austin, Abbie Eaton also proved she is already back to form and will start the first race in 13th.

Regarding rookies, Chambers impressed at first showing good confidence with the car despite a spin, which resulted in a red flag. The American was, however, able to rejoin the track and return to the pit lane and will get her start from just outside the top 10 in race 1.

The battle between Chadwick and Powell quickly came back as the two British drivers fought hard for pole after the red flag. However, Nerea Marti conquered pole for race 1 before Fabienne Wohlwend crashed bringing out the red flag. The CortDAO driver was luckily fine but the accident ended the qualifying session, sealing Marti’s and Chadwick’s pole positions.

Both grids will then see new teams at the front with Marti bringing Quantfury their first pole and Chadwick claiming the first pole for Jenner Racing. The Spaniard will have the chance to convert her success into a victory later on in the day at 19:30 GMT time, while lights will go out at 15:35 GMT time tomorrow for race 2.

The full grid for race 1 is as follows:

Moreover, on Sunday race 2 will start with the following grid: