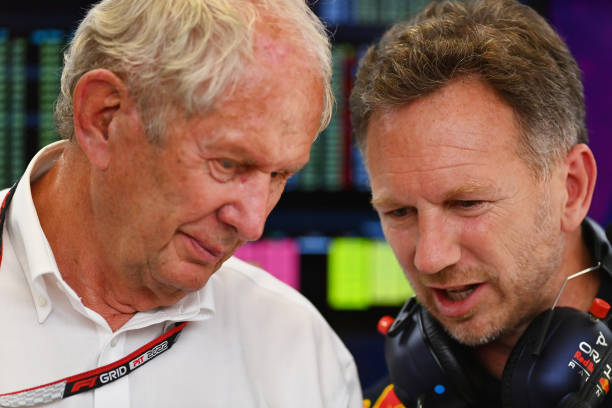 As Max Verstappen took his eighth win of the season in Hungary, Charles Leclerc and Carlos Sainz finished yet another race without podiums.

Once again, Ferrari’s strategy came under fire as the Monegasque driver was sent out on hard tyres during the race. This poor decision ultimately cost him a higher points finish.

Verstappen extended his lead over Leclerc to 80 points, as his team now has a whopping 97-point buffer over Ferrari.

With just nine races of the season left after the summer break, the championship seems to be slipping away from both Leclerc and the Italian team.

Speaking to Austrian newspaper OE24, the Red Bull mastermind explained how Ferrari is not living up to expectations. The red team has not won the drivers’ championship since 2007 with Kimi Raikkonen, and their last constructors’ title came in 2008.

Marko said that “almost every weekend is a pleasure” compared to last season when the team was in a constant “nerve-wracking” position.

“It’s just a bit of a shame that Ferrari makes so many mistakes. They’re beaten below their value, we really feel sorry for them. But once again: they’ll be back, they have such a powerful car.”

Leclerc has undoubtedly made driver errors, such as ending up in the barrier at Paul Ricard whilst leading the race. However, the majority of his points losses have been caused by mechanical or strategic issues.

At the start of the season, the close battles between Ferrari and Red Bull were exhilarating. Now, it seems that the latter has run away with both titles, although Marko is reluctant to celebrate quite yet.

“We still have nine races,” he said. “That’s 225 points for nine possible victories plus sprint and fastest laps. No, no, we really can’t sit back and relax just yet.”

Red Bull’s current run of masterful performances cannot just be put down to Ferrari’s errors. After being one of the main actors in the tense 2021 title battle, the 24-year-old is showing his experience.

Looking at Hungary, the Dutchman qualified in P10 yet eventually went on to win the race by almost eight seconds.

Marko said: “I just want to see Max’s performance appreciated enough. After bad luck in qualifying, he won from tenth place on a track where it is said that you don’t have a chance from behind. If he had stood in front, he would have been up and away again.

“When we got Max into Formula 1 at 17, he was the greatest talent I’ve ever come across, but he was too impulsive. With the victories, he has gained sovereignty. When he kept an overview at the start when overtaking in Budapest, I thought: is that really Max sitting in there? With this sovereignty, he makes it easier for the whole crew.”