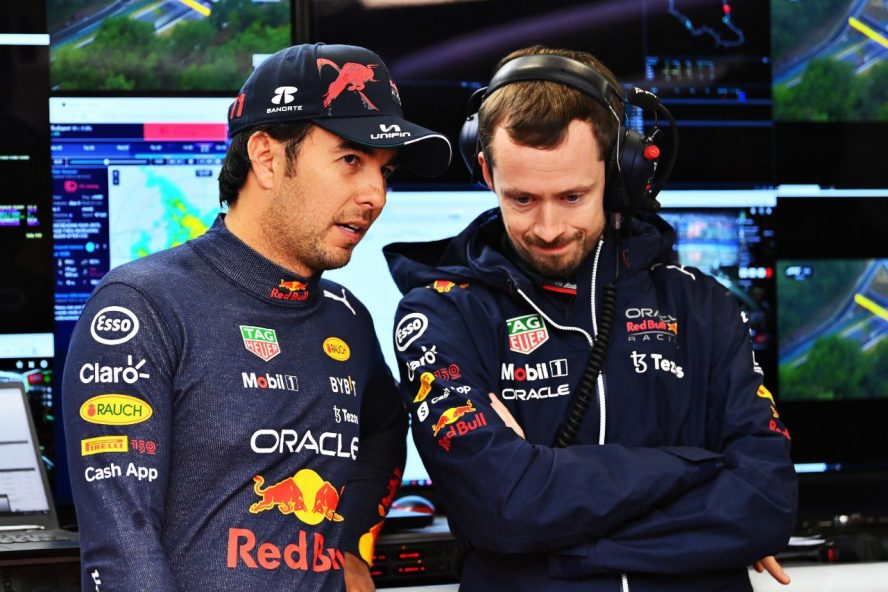 Red Bull advisor Helmut Marko has warned Sergio Perez that his form is expected to improve after the Formula 1 summer break.

Marko made his comments at the Hungarian Grand Prix, where Perez finished off the podium, despite fellow Red Bull driver Max Verstappen winning the race comfortably.

Ahead of the race, which saw the Mexican claim fifth and drop 85 points behind his decorated Dutch teammate, Marko was scathing about his recent form.

“Perez is too far away from Max at the moment,” Marko told Sky Germany.

“We have to sit down together,” he added. “The summer slump isn’t here yet, but he seems to have fallen into it.”

While Marko has a reputation for being outspoken, and his comments won’t have come as a surprise to many fans, it has emerged since Hungary’s race that it was actually Team Principal Christian Horner who joked about Perez’s form first.

That said, with F1 now heading into its traditional summer break ahead of the Belgian Grand Prix, Horner is now backing his driver to come back stronger in the second half of the season.

“I said to Helmut that ‘Checo [Perez] has gone on holiday already’ and he went and told all you guys!” Horner reportedly joked in a Sky F1 interview.

“Checo [Perez] was fantastic [in Hungary], He was on a different strategy,” elaborated Horner. “He let Max immediately get onto the back of Charles [Leclerc] to make that pass.”

“Look at Checo’s race in the second half today,” he added. “Without that VSC [Virtual Safety Car], he’d have actually been challenging for the podium. He was a second a lap quicker in the closing stages than both George [Russell] and Carlos [Sainz] and he was coming very, very quickly.”

“So I think a reset over the summer break, just to understand what’s not going quite right for him the last couple of races, and he will come back stronger from Spa onwards.”

Just six races ago, Perez won the Monaco Grand Prix and arrived in Azerbaijan amid talk of challenging his teammate for the 2022 drivers’ championship, However, fast-forward to the summer break, and the Mexican has fallen well off the pace.

While Perez was able to pull off a sensational last-to-second comeback at Silverstone, his recent form at four of the other five last events has been poor.

Having failed to make the podium in Canada, Austria or France, the Red Bull man then wasn’t able to take advantage of Ferrari’s tactical missteps in Hungary. Perez’s failings have also been amplified by a resurgent Mercedes, who in the Mexican’s poor recent run, have capitalised by taking double podiums at the last two grand prixs.

With Perez having been awarded a new contract to the end of 2024 in May, Red Bull interviewing Vettel for a seat prior to his arrival, and silly season now well underway, this begs the question: have the team made the right choice in re-signing him?

Well, the Mexican’s current blip may not be an encouraging sign, but his form last season suggests that he still has plenty more to give at the team. Perez played a vital role in helping Verstappen become last year’s world champion, especially in holding up Lewis Hamilton at 2021’s season-defining Abu Dhabi Grand Prix.

Compared to his predecessors Alex Albon and Pierre Gasly, Perez is also performing much better. Yes, Red Bull’s car has been more competitive over the last two seasons, but Perez still has 173 points this season, a significant increase on the 104 he had at this point in 2021, and the 63 Gasly had racked up the year before.

As such, it could be said that the Mexican has broken Red Bull’s second driver curse, which had seemingly affected all Verstappen’s teammates since Daniel Ricciardo.

In terms of Perez’s performances, rumours have also persisted that the RB18 is slowly being developed to be better-suited to Verstappen than him, and that he has been running a new floor design, ready for the rule change coming in Spa, at recent events.

While these rumours haven’t been officially verified, Perez’s slight decline in form can’t be definitively attributed to slow pace either. As a result, given the driver’s longevity in the sport and Ferrari’s seemingly endless ability to mis-strategise, there’s every chance that we’ll see him rise to Marko and Horner’s challenge from Spa onwards.