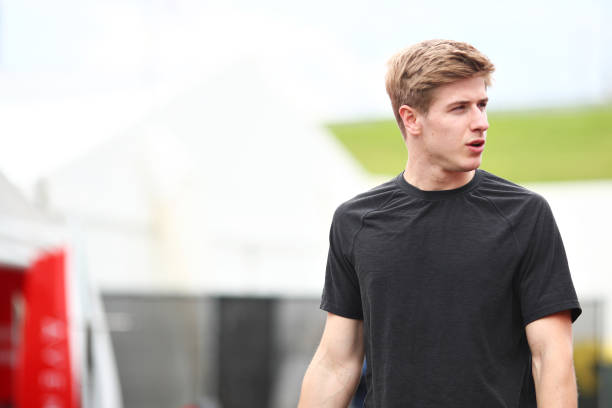 SPIELBERG, AUSTRIA - JULY 07: Juri Vips of Estonia and Hitech Grand Prix (8) walks in the Paddock during previews ahead of Round 8:Spielberg of the Formula 2 Championship at Red Bull Ring on July 07, 2022 in Spielberg, Austria. (Photo by Joe Portlock - Formula 1/Formula Motorsport Limited via Getty Images)

Following some confusion, Helmut Marko has confirmed that Juri Vips’ Red Bull ties have been completely severed, and that he is no longer associated with the team.

Additionally Max Verstappen has clarified that Vips is no longer a part of the team, but has stated that he thinks the driver deserves a second chance.

The story so far

Hitech Formula 2 driver Juri Vips was initially suspended from the Red Bull academy after his use of a racial slur during a Twitch stream.

Later, Red Bull announced that Vips’ contract as their test and reserve driver had been terminated. But his status as a Red Bull athlete remained unknown.

At the time, Red Bull team principal Christian Horner said “We have cancelled our agreement with him, and that will undoubtedly give him time for reflection. Everybody at some point deserves a second chance if they can show that they have really learnt from their mistakes.

“He is a young guy, a young kid, and we will be supporting him – even though he has had his agreement terminated – from a mental health and educational perspective. Hopefully, he will learn from it.”

While the specifics of that support were unknown at the time, Hitech Grand Prix announced that Vips would remain with the team for the rest of the Formula 2 season.

Recently Helmut Marko clarified to ORF Tirol that Vips is no longer affiliated with Red Bull in any way.

“I want to be clear. Juri Vips no longer receives any support from Red Bull. You need to be responsible for your actions and as a result, our cooperation has ended.”

Marko added “Of course, words are not a reason to destroy the career of a talented athlete, especially as he apologised. But these are global trends.”

Vips hasn’t worn any sort of Red Bull branded race gear since the incident, which took place before Formula 2’s round at Silverstone. The team also changed his car ahead of that weekend from the Red Bull livery to Hitech’s regular livery.

Ahead of Austria, Vips refused to comment when asked about his status as a junior driver with Red Bull, but told the press that the incident was “a huge mistake.”

Max Verstappen has also commented on the situation with Vips, first confirming that he is no longer a part of the team. He then stated that he thinks the Estonian driver deserves a second chance.”

“I know Juri a bit more than the average person,” said Verstappen, as reported by GPFans. “And he is actually a super nice guy and I think he really understood what he did wrong because he is in a very difficult moment in his career with everyone judging him. Fair enough, what he said was not correct.