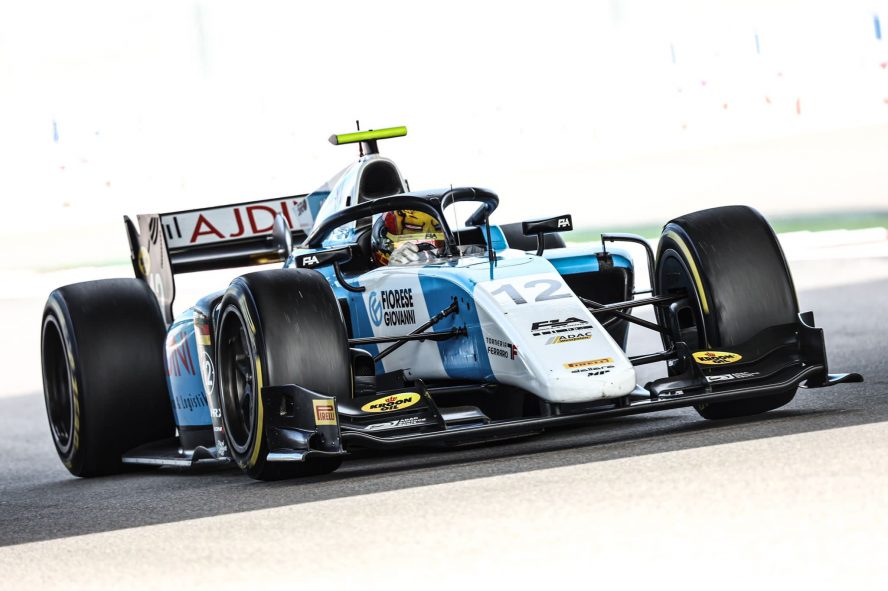 Lirim Zendeli returns to Formula 3 with Charouz Racing System for Round 3 at the Circuit de Barcelona-Catalunya.

Lirim Zendeli returns to Formula 3 with Charouz Racing System for Round 3 at the Circuit de Barcelona-Catalunya.

Following the departure of Aryton Simmons the third seat at Charouz became vacant. David Schumacher filled this seat in both the Jerez and Barcelona tests as well as Round 2 in Imola.

Schumacher however has other commitments competing in DTM and therefore is unable to compete in Round 3. Charouz have re-called upon Lirim Zendeli to fill the space after he competed with them during the 2019 F3 season. He will join fellow Charouz drivers Laszlo Toth and Francesco Pizzi.

Charouz took to Twitter this morning to announce the change:

@lirim_zendeli is joining us in Barcelona this weekend in the seat number 15 🤩 #fiaf3 pic.twitter.com/Q0zCe5wmtc

The team owner Antonin Charouz welcomed back Zendeli saying “I’m also glad to welcome back Lirim to the team, it will be nice to race together once again and to have a talented driver like him in one of our cars. It’s going to be a very interesting weekend.”

Zendeli also commented on the opportunity saying “I’m really happy to be back and drive again. We have to be realistic, I haven’t been in a car for ten months and it will not be easy having only have 45 minutes of practice before quali, but I’ll do my best and try to help the team as much as possible. You can never leave out some surprises but let’s focus on the weekend and get the best possible result”.

Zendeli is no stranger to Formula 3 after finishing 18th with Charouz in 2019 and 8th with Trident in 2020. During the 2020 season he finished with a race win and three podiums.

For the 2021 season Zendeli made the move up to Formula 2 joining MP Motorsport. Unfortunately due to lack of funding Zendeli had to withdraw before finishing the season. He was replaced by rookie Clement Novalak for the final two races of the season. Zendeli took to Twitter to make the announcement saying “the pandemic has reduced my already very tight budget.”

2/4 – First of all I’d like to thank my sponsors from Germany who have been reliable and are not the reason for the sudden cut. Especially Ajdini who had to cover unexpected budget gaps caused by promises not kept by someone else.

He contined on saying “realising that I have to step back for a moment is very tough”. Zendeli concluded stating “I will try to find an exciting oppotunity to be back on track as soon as possible.”

After his early F2 finish this will be the first time Zendeli has been back driving in the feeder series after being unable to secure a seat for 2022.

Zendeli will be hoping he can provide a good result and showcase his talents this weekend.

Formula 3 returns this weekend (20th-22nd May) for Round 3 in Barcelona.