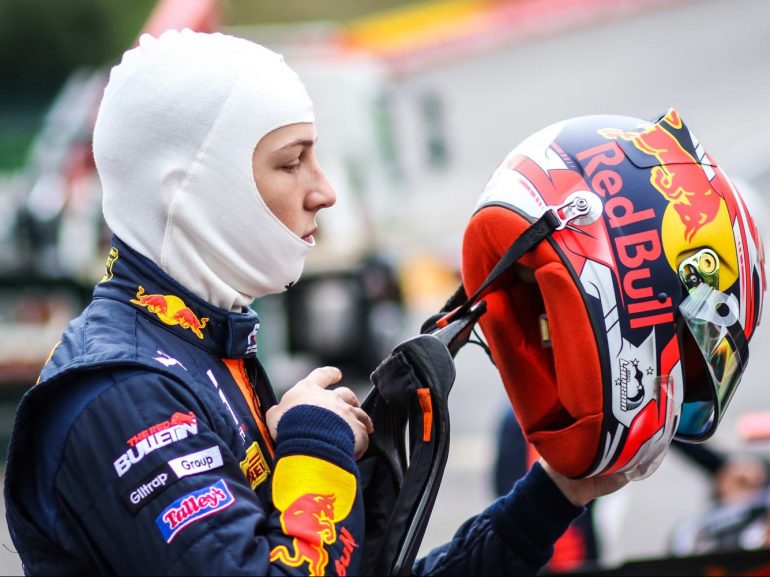 Liam Lawson to drive for AlphaTauri in young drivers test

New Zealander Liam Lawson, currently competing in F2 and DTM, is set to get his first on-track F1 experience this winter. He’ll drive for Red Bull sister team AlphaTauri as part of the post-season young driver test in Abu Dhabi.

AlphaTauri team principal Franz Trost confirmed in an exclusive interview with Sport1, that the young talent will join the team on track to get his first official laps in a Formula One car under his belt. Lawson is a promising young talent, waiting for his shot on an F1 seat. Lawson got his first taste in a Red Bull earlier this year at Goodwood’s Festival of Speed.

The Red Bull Junior made history earlier this year, becoming the youngest race winner ever in DTM at the opening race in Monza. The 19-year old is partnered with future Williams driver Alex Albon, and currently leading the DTM driver championship with only two rounds to go. He’s further currently driving for the Hitech Grand Prix team in the 2021 FIA Formula 2 Championship, sat in 8th place of the rankings.

When asked about Lawson’s future in F1, Trost said “If you have the right talent, you will end up in Formula 1 at some point.” Admittedly, Red Bull have a pool of talented young drivers to choose from and Lawson is one of them. Red Bull and AlphaTauri have locked in their driver line-ups for 2022, so there is no room for Lawson to jump into F1 in 2022.

But, F1 is implementing mandatory Free Practice rookie runnings from next season. Teams will have to put young drivers in one of their cars during select practice sessions. According to Tost, Lawson will be with AlphaTauri for some of those sessions.