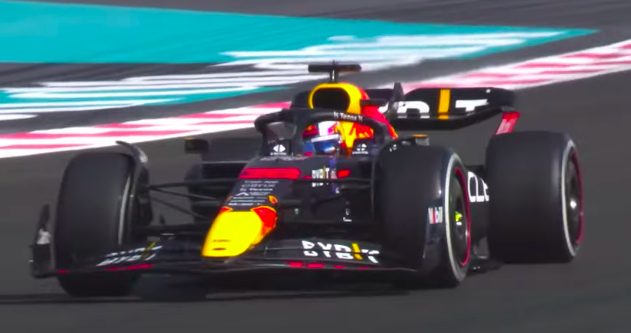 Lawson was given Verstappen’s spot for the FP1 session for the last race weekend of the year. He completed 22 laps for Red Bull and finished in 5th place. His impressive performance earned some good words from an observing Verstappen in a Red Bull press release:

“Liam did a really good job in FP1, he was calm and steady which is exactly what we needed.”

The Kiwi is a part of the Red Bull driving academy and is considered a highly promising driver. Lawson shared his thoughts on a “nervous” practice session with the team.

“I was a little bit nervous before the session, but the car is really good so I felt comfortable straight away.”

Lawson believes he was given a worthy opportunity, as he said:

“We managed to get quite a lot of laps in on both the hards and the softs, at the moment there’s a big jump between the two tyre types.”

Friday’s FP1 session will stand as Lawson’s first test for Red Bull. However, he has driven for a Formula 1 team before.

“I drove the AlphaTauri in Mexico but it’s difficult to compare the two as Mexico is a completely different track and at a much higher altitude. Today was a great day and I’m thankful for the opportunity.”

The practice session in Mexico was Lawson’s second session of the season, after working with AlphaTauri in Spa. Before this, he tested for Red Bull’s sister team in 2021, marking his first venture with a Formula One car.

In Formula 2, he currently stands in fourth place, just four points behind Williams’ Logan Sargeant. After winning the sprint race in Abu Dhabi today, he will be looking to show his quality by finishing ahead of a likely future Formula One driver in the standings.

Verstappen has faced a constant barrage of criticism after failing to let Sergio Perez past in the Sao Paulo GP. Before the Abu Dhabi GP, Verstappen stated the team needed to be “open and communicate better.”

Since the rather volatile disagreements between the Red Bull drivers, there have been questions about the team’s future. Liam Lawson could be a viable candidate for an absent Red Bull seat after only finishing four tenths behind Sergio Perez in FP1.

With that, the next race could be a ‘seat earner’ for young Lawson.