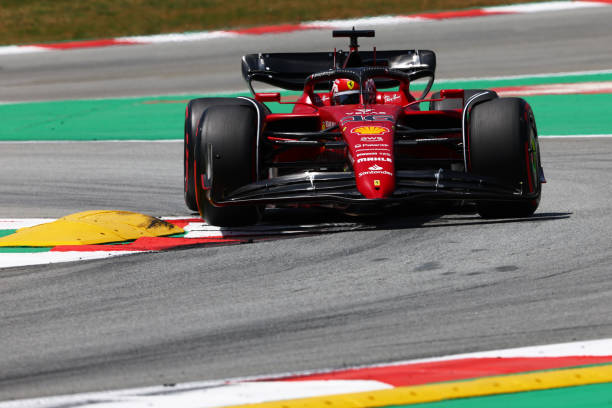 Leclerc vs Verstappen: an increasingly familiar story in FP3

It's all to play for going into qualifying

Amid soaring temperatures in Spain, Charles Leclerc topped the timesheets.

First out on track was the McLaren of Lando Norris, sporting a brand new chassis. The team was forced to make the change after an incident saw the car in the gravel on Friday.

The young Brit set an initial benchmark of 1:23.641, around four seconds away from Leclerc’s fastest time yesterday.

The session started poorly for Pierre Gasly. As he made his way out of the pitlane, smoke began to pour out from within the car, quickly forcing him back into the garage.

Meanwhile, Bottas again showed his strength in the C42, beating Norris’ time by more than a second.

Smoke became a recurring theme, as Haas had to extinguish a fire coming from Mick Schumacher’s rear brakes.

There was a tense moment as the front jackman remained in front of the flaming car as it came into the pits. The fire lasted for well over a minute, casting doubt on Schumacher’s qualifying.

Like in FP1, crowd favourite Carlos Sainz was the first to reach the 1m20s mark. Immediately after, teammate Leclerc beat him by two-tenths.

Despite Mercedes’ upgrades, Hamilton continued to face issues regarding the car’s DRS.

It was confirmed that Gasly had a problem with the heat shield, bringing his practice session to a premature end.

Things were looking more hopeful for Max Verstappen. He mentioned that the RB18 did not cope the best in the high temperatures on Friday, but started off FP3 with a 1:20.475. He was two-tenths off Leclerc, but early signs suggest that his race pace may be stronger than Ferrari’s.

At the halfway mark, it was a familiar story. Ferrari and Red Bull took the top four spots on the timesheets, with just 0.263s covering them.

Kevin Magnussen continued to impress, showing that the Haas certainly has potential this weekend. He found himself around three-tenths away from Leclerc.

However, the Monegasque leapt forward to set a time of 1:19.772 – he certainly seems to be the favourite for pole position later this afternoon.

The Mercedes of George Russell continued to improve as he bolted on a new set of soft tyres. The Brit was fastest in the first sector, ending up only 0.148s off Leclerc’s quickest time.

By Jay Winter18 mins ago

Where were the controversial Aston Martins?

The newly dubbed ‘Green Bulls’ did not appear to find the improvements that many thought they would.

Their B-spec cars are arguably the biggest talking point of the weekend, as they significantly resemble the RB18.

After switching to soft tyres, Vettel was 1.172s away from former teammate Charles Leclerc.

With just five minutes to go, McLaren finally showed what looked like their true pace. Norris ended up in seventh, just over six tenths behind Leclerc.

The midfield battle is certainly one to watch at the Circuit de Barcelona-Catalunya. McLaren, Haas, Alfa Romeo and Alpine all looked relatively close in FP3.

Meanwhile, keep an eye out for Mercedes – Russell and Hamilton found themselves in third and fourth respectively.