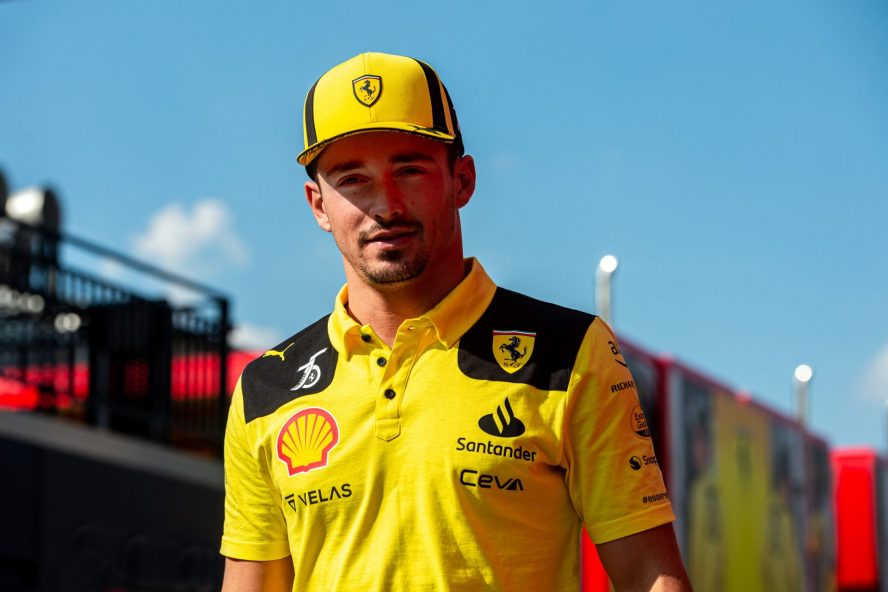 Ferrari and Leclerc first won at Monza in 2019, after holding off the Mercedes of Lewis Hamilton.

Ferrari duo Charles Leclerc and Carlos Sainz have given their thoughts on the prospects of a dream Ferrari victory on home soil as the final starting grid is announced.

Charles Leclerc and Ferrari urgently needed a boost after the pace of the F1-75 disappeared at the previous race in Spa. Arriving at Monza in front of the beloved Tifosi, Ferrari knew it needed to perform well to vanquish the defeat of the last few races. A good result in qualifying was vital, as Sainz was to be sent to the back of the grid due to power unit penalties.

The F1-75 demonstrated raw speed from P1, and in qualifying, both drivers seemed to have the edge over Red Bull’s Max Verstappen. Although Verstappen and Red Bull took the fastest time in Q1, teammate Sainz finished Q2  in P1 comfortably ahead of teammate Leclerc, 0.330s faster.  Red Bull were unable to respond in Q2 or Q3.

As the clock counted in down in Q3, Leclerc knew he needed a special lap to secure pole position. With Verstappen confirmed to be taking a five-place grid penalty due to taking power unit elements, Ferrari had an opportunity to put itself in a strong position for the race.

Speaking to formula1.com, Leclerc revealed he was pushing hard to get land the coveted P1 spot, confirming he took “much more risks” on his final lap,  and “it worked out”. Recalling his 2019 victory, Leclerc is aiming for a second win at Monza in three years:

“It’s been a great weekend until now; the feeling in the car is amazing. I really hope that we can do it just like 2019 tomorrow!”

“I just took much more risks! It was the last lap; I knew I had to find quite a lot of performance there and I just went for it and it worked out.”

Carlos Sainz also felt the speed of the F1-75 and was in the battle for pole position. The Spaniard knew that no matter his result, he too would be taking grid penalties. He starts P18 on the grid for the race, once the rest of the grid penalties have been applied.

Sainz said it “hurts” to be at the back of the grid for the race. Sainz  is targeting a strong race, as the pace of his F1-75 will allow him to come through the field and he hopes to battle with teammate Leclerc:

“I mean, I’m not going to lie, it hurts to be starting at the back tomorrow, especially with how competitive this car is this weekend”

“I will do my best and try to put on a good show in making it back through the field because the pace is there. But I wish I could be there at the front with Charles in order to try and do a one-two for the tifosi.”