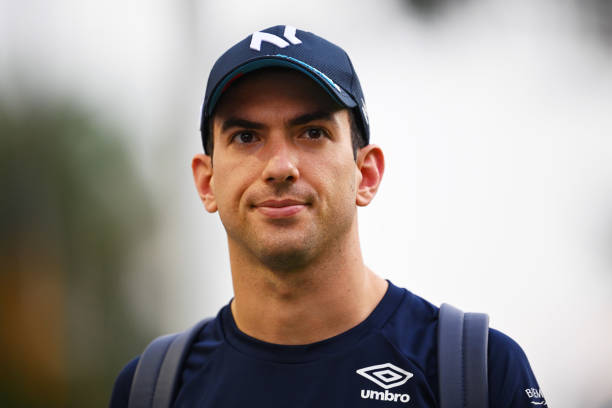 Williams have parted ways with the Canadian, with him struggling to adapt to the new generation of cars

Nicholas Latifi says he accepts Williams’ decision to release the Canadian at the end of the year. The 27-year-old also admitted that he struggled in this year’s new generation of cars.

Latifi and Williams have agreed to part ways at the end of the 2022 season. The Canadian is the only full-time driver to not score a point this season.

The 27-year-old spent three years with the Grove-based team. Each year has seen the Canadian being thoroughly outperformed by his teammates.

After George Russell left the team for Mercedes, many wondered how Latifi would do up against a returning Alex Albon.

Unfortunately for the Canadian, he has been thoroughly outperformed by the Thai driver.

Monza was the final straw

When explaining Williams’ decision to part ways, the 27-year-old said the team came to the conclusion to not keep the Canadian at the team after the Italian Grand Prix.

Latifi finished in a disappointing 15th with the Williams FW44 having good pace. This was shown as Nyck de Vries was able to finish in ninth on his Formula 1 debut, impressing many.

“It’s simple, really; it’s a results-based industry, and obviously the performance hasn’t been there this year for many different reasons.

“The team had to pick a decision that felt best for them. And they had to move in a different direction. So yeah, very, very simple.”

The Canadian further went on to say: “I understand the decision, obviously. And I just kind of need to, well, I have already accepted it and move on with the next phase of my career.”

Despite the disappointment of not maintaining his seat for next year, the 27-year-old says he is “definitely satisfied” with the job he did. The satisfaction “made it easier” to accept the decision and also admits that he has “no regrets”.

Latifi struggled to adapt to the 2022 cars

Latifi made his Formula 1 debut with the team during the 2020 season. The Canadian earned a second year at the team after showing gradual progress in closing up to teammate George Russell.

The 2021 season saw the 27-year-old score his first points in Formula 1, scoring a seventh-placed finished in Hungary. The Canadian only managed to achieve seven points in three seasons.

Latifi admits that adapting to the 2022 cars was a failure. The change in cars caused the Canadian to have a lack of confidence when driving out on track. Mistakes have been made, most notably in Saudi Arabia.

The Toronto-born driver came to the conclusion of the new generation car’s stiffness, making it not nice to drive:

“On face value, they’re just not as nice to drive with them. And our car in general, let’s say, had some fundamental flaws in the balance.

“So, this is one thing I’d say in terms of the overall downforce you have, which we know we’re lacking downforce.”

The Canadian also said the “fundamentals of the car” did not suit his “driving style”, admitting he had to “change quite a lot” and “adapt quite a bit”.

Who is in line for Latifi’s seat for next year?

After his impressive performance in Monza, Nyck de Vries was called by many to replace the Canadian next year. However, the Dutchman seems to be edging close to a seat a AlphaTauri to partner up with Yuki Tsunoda.

That leaves with Williams Academy Driver Logan Sargeant. The American has impressed in this season’s Formula 2 championship. However, to earn a seat in Formula 1, the 21-year-old needs to at least finish fifth in the championship to earn enough superlicence points to drive in Formula 1.