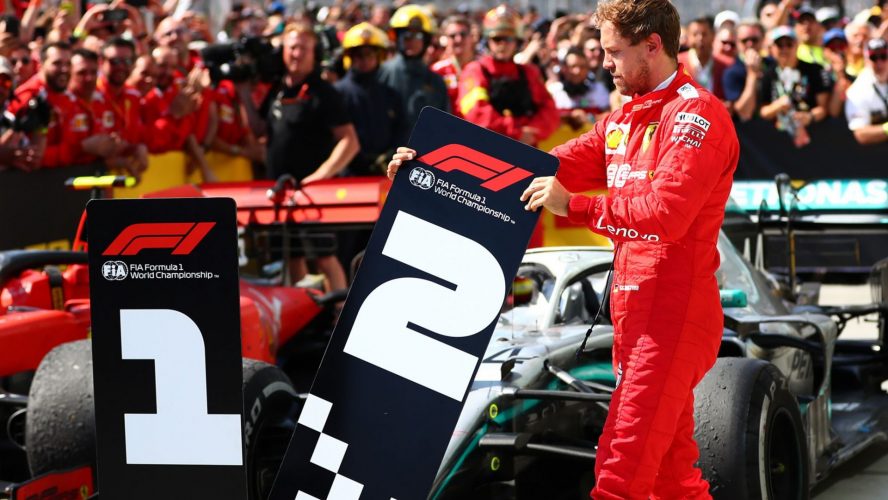 Last time in Montreal… and what’s changed since

It’s been three years since F1 raced in Montreal. It wasn’t without drama and lots have changed since then.

The 2019 Formula One World Championship feels like it was more than three years ago. Formula One has seen new champions, new drivers, and retirees since then. Oh, and the sport went through Covid-19, like the rest of the world.

What happened last time in Montreal?

One thing that doesn’t seem to have been forgotten was the events in Montreal at the Canadian Grand Prix. It was full of controversy when race leader Sebastian Vettel was given a 5 second time penalty.

The reason for the 5-second time penalty was due to Vettel re-entering the track in an “unsafe manner” and “forcing another driver off the track“. This came after Vettel lost control of his Ferrari and slid over the grass.

Vettel rejoined the track ahead of the Mercedes and streaked ahead.  The stewards eventually gave Vettel a 5-second penalty. Despite being ahead, Vettel didn’t manage to build up a 5-second gap in the few laps left.

What happened after has gone down in history. Vettel, after finishing the race, came over to the top 3 cars and switched the position signs. He placed the 1st Place sign in front of his Ferrari and placed the P2 sign in front of Lewis Hamilton’s Mercedes.

Now that we have relived that, let’s look at what has changed since our last time out in Montreal.

First of all, the driver in question, Sebastian Vettel, is no longer with Ferrari. He’s now with Aston Martin. Funnily enough, Aston Martin didn’t exist at the 2019 Canadian Grand Prix as it was then Racing Point.

Sebastian Vettel’s replacement at Ferrari is Carlos Sainz, who in 2019 was with McLaren with Lando Norris.

Since 2019, the driver and team lineups have changed a great deal.  The 2019 starting grid in Montreal included the names Kimi Raikonnen, Romain Grosjean, Robert Kubica, Antonio Giovinazzi, Daniil Kyvyat, and Nico Hulkenberg. All of these drivers no longer have permanent race seats in F1, although Hulkenberg did take part this year as a reserve driver for Vettel.

On top of these departures, the list also includes Kevin Magnussen and Alex Albon, who since 2019 have left the sport and are back in it. It’s like times haven’t changed since Montreal.

Of the drivers who have left, nearly all are still competing in other motorsport series. This includes Kimi Raikonnen who has recently announced his upcoming participation in NASCAR.

Oh, and Alonso wasn’t on the starting grid, although he should be this year.

The replacements for the drivers listed above are Nicholas Latifi, who now races at Williams, Esteban Ocon who replaced Hulkenberg at Renault, Yuki Tsunoda who has come into Kyvyat’s spot at newly branded Alpha Tauri, Guanyu Zhou, replacing Giovinazzi and partnering Bottas who moved teams to replace Raikonnen.

Mick Schumacher has also effectively replaced Romain Grosjean. Kevin Magnussen, since 2019 has been replaced by Nikit Mazepin but then replace Mazepin himself at the start of 2022.

Have you kept track?

If not, compare these two images:

The 2022 picture is noticeably missing Magnussen and Hamilton. If that’s not enough change, we’ve also had a new champion since 2019. Last year, Max Verstappen won the World Championship. Now, this wasn’t without controversy as many believed the title was “snatched” from Lewis Hamilton.

Since then, it appears Max Verstappen could be set for another championship. He’s currently leading the 2022 championship and rival Charles Leclerc has been overtaken by teammate Sergio Perez.

SideNote: Perez was driving for Racing Point in 2019, so that’s changed as well.

Looking ahead to this weekend

With completely different drivers and lineups, F1’s return to Montreal should prove exciting. Ferrari is hoping to bounce back after a double DNF in Baku. Mercedes hope to continue their streak of good results with George Russell (Mr. Consitency) hoping for another top 5 result.

Part 2 of the weirdest double header starts this Friday with free practices.