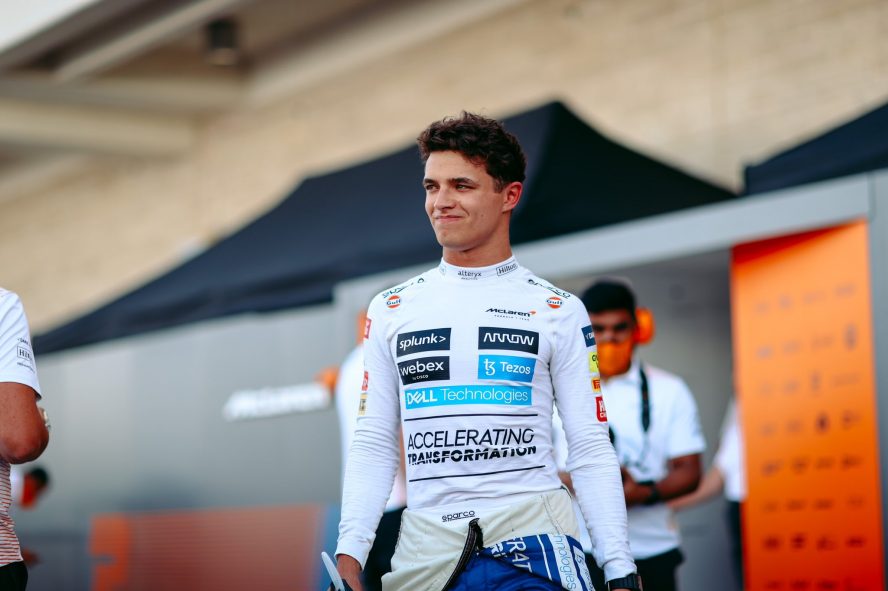 McLaren F1 star, Lando Norris, has been the victim of cruel abuse live on the streaming platform, Twitch.

The incident occurred on Tuesday evening. In a clip that surfaced on Twitter, Norris can be heard saying “Wow, I just got a message from someone saying, ‘I hope you die.’”

However, what is most noticeable about the clip is the sadness in Norris’s voice, which is palpable.

and people wonder why lando doesn’t stream as much any more? shame on you. pic.twitter.com/KpEQO4yZeL

The young McLaren driver became somewhat of an internet sensation during COVID-19 lockdowns for his entertaining video-game streams. This was alongside fellow Formula One drivers Charles Leclerc, Alex Albon, and George Russell. Together they are known as ‘The Twitch Quartet”.

Last weekend’s Australian Grand Prix was the first time each member of the Twitch Quartet had scored a point in the same race.

Though just 22 years old, Lando Norris has been outspoken about his mental health and even appeared on ITV’s This Morning to discuss the subject with Philip Schofield and Holly Willoughby.

He shared that he struggled during his rookie season in F1, 2019. In the interview from October 2021, he said that he felt depressed at times during that first year. He added that he would worry about his future.

It’s completely uncontentious to state that going on national television to talk about your mental health, and the struggles you’ve had, is a courageous thing to do. Even more so from someone so young, in the public eye, and working on the frontline of an international sport.

McLaren have partnered with Mind as their chosen mental health charity. Both Norris and his teammate, Daniel Ricciardo, have been active in working with the charity.

Online Hate in Formula One

This was intensified last season during the dramatic title showdown between Lewis Hamilton and Max Verstappen. It worsened in the fallout of the Abu Dhabi Grand Prix and Nicolas Latifi received death threats for causing the safety car that triggered the controversial final laps. Former race director, Michael Masi, also received death threats.

Much of the hate surrounding F1 is centralised to Twitter. And, it is not only directed towards those working at the pinnacle of the sport, but also fellow fans. Some have faced a torrent of foul abuse for seemingly innocuous comments.

It appears that the perpetrators of the abuse have forgotten that ultimately, Formula One is just a sport.

[Author’s Note: A previous version of this article was titled “Lando Norris receives death threat”. We received feedback that this was clickbait. I understand the concern and the point of view, so have amended the title accordingly. It was in no way my intention to mislead from the original title and we handle serious articles of this nature delicately and with the utmost sincerity. Thank you.]