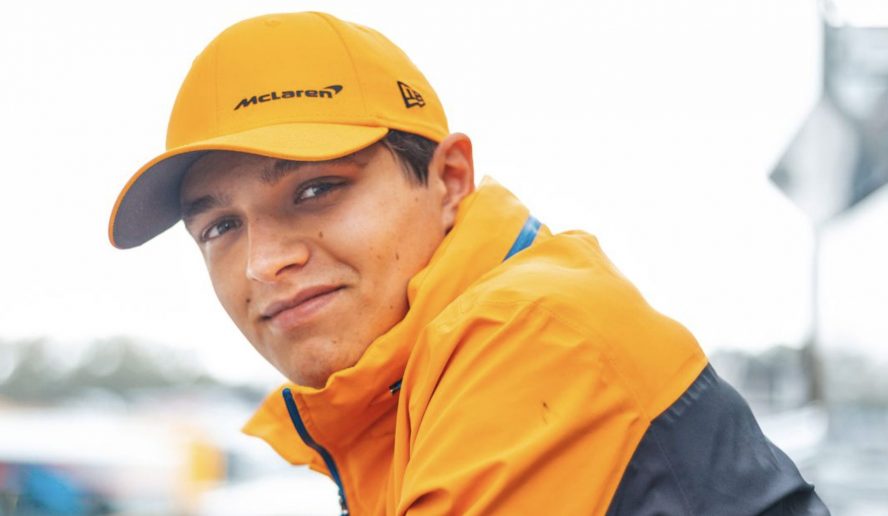 Lando Norris: “I feel up for the challenge”

Travelling from Azerbaijan to Canada, the McLaren men are ready to race surrounded by maple syrup, mounties and motorsport.

Norris mentioned, “I’m excited to be heading back to Canada. It will be my second time racing there so it’ll be great to get back on track in front of the Canadian fans. The 2019 race certainly didn’t end the way I wanted it to, so I’m looking forward to getting back on track and giving it my all. I’ve done my prep on the sim and I feel up for the challenge in these new cars.”

Lando’s last effort in Montréal saw him force to retire when brake temperatures rose  melting the rear suspension of his car in 2019. It was rather bizarre and unfortunate.

After the hiatus, there’s still work to do to for positioning on the grid. The track is fast with low downforce and one speed trap. The track team and factory team remain confident about the potential to score points in alongside the St Lawrence River in Montréal.

Meanwhile the Honey Badger knows this track well. He’s started nine Canadian Grands Prix. Daniel enjoyed a victory back in 2014 and a podium in 2017. Although forever the jokester, Ricciardo’s resurgence is impressive. Keeping his eye on the long straights and heavy-braking chicanes. There will be overtaking opportunities.

“All of my favourite races seem to start with M, Melbourne, Monaco, Monza and, obviously, Montreal. I’m buzzing to be going back to Canada after a couple of years. Montreal is a great city and there’s always a brilliant atmosphere so I’m looking forward to soaking that all up and using it to keep pushing forward on track – it’s always a fun one. I got my first win there back in 2014, so hopefully I can use some of that Canadian magic to get some more points for the team this time round.“

McLaren Team Principal, Andreas Seidl said, “We’re looking forward to going back to Canada after a two-year hiatus. The track is a favourite of lots of the drivers and it will be great to see the Canadian fans again, we felt an incredible amount of support there in 2019. It will be interesting to see how our cars perform on the track. It’s a fast circuit with a few chicanes and the infamous wall of champions, all of which allows for some good overtaking opportunities and hopefully an exciting race. It’s important for the team to stay focused as we head into the second half of a double header so let’s keep pushing!”