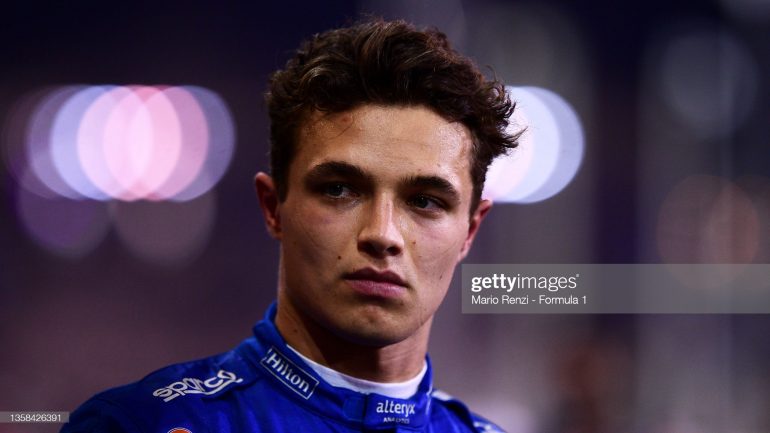 McLaren driver Lando Norris raised concerns about the new tires that the 2022 regulations brought in after the team unveiled the new MCL36. This year’s tires will be 18-inch wide rather than 15-inch like in previous years. The Brit expressed his feelings about having to get used to the new car, which went through various aerodynamic modifications and is powered by E10 fuel.

The drivers will have three days during two three-day testing sessions in Barcelona and Bahrain to take the car on a drive around the track and report any problems or arrangements.

“For certain tracks, it might be extremely different like Singapore or Monaco. One of my friends who’s in F2 said that they have to put cones on top of the barriers in places because the barriers were lower than the new tires that we have, and that they can’t actually see where the barrier is, because the car looks higher than the barriers. We’ll have to get used to the size of it, the front wing and how big that is and so on.”

While Lando Norris is worried about the new car structure, Nico Hulkenberg had already spoken about how the tires were not a huge issue when he tested it out in the simulator for Aston Martin.

Of course, testing the car in the simulator and driving it out on track are too way completely different experiences, but we’ll have to wait till the official first tests in Barcelona to confirm how the drivers truly feel about the effects of the new regulations on this year’s cars.