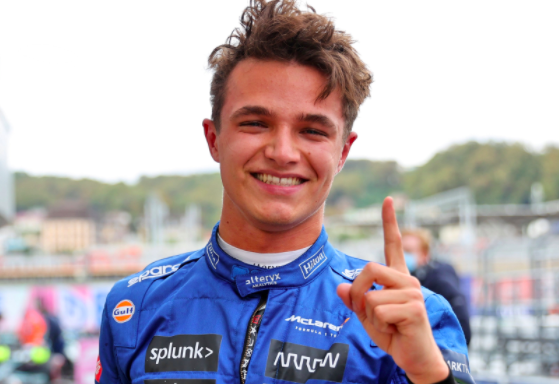 Lando Launched His Own Karting Team

Norris nailed it with inspiring youth this week.

Lando unveiled his own karting team in collaboration with the successful OTK Kart Group.

Norris named and designed his very own karting team as LN Racing Kart.

Karting is where he began his racing career. The McLaren driver has been working on this project intensely for some time now as a way to provide opportunities to future drivers.

Say hello to the @LNRacingKart! This is a project I've been working on with OTK for the last year and I'm super-proud to say it's now here. pic.twitter.com/9gLXuqJkVX

The Bristol native is set to inspire a community of youth drivers. He became the youngest World Karting Champion back in 2014. The title win was on OTK’s FA Racing Kart. It was a clear sign of a strong bond and a maintained relationship.

I launched my own kart today. Crazy. pic.twitter.com/kSw729a6Lq

The first kart is called LN Four featuring navy blue and yellow as the official colours. The model consists of high-quality standards for production, reliability, and performance. The kart will most likely debut at the international competitions in 2022.

Norris noted that on his Twitter account today, “Bring on the future talent! Let’s do this @LNRacingKart, OTK & RFM.“

The 21-year old driver was also recently praised by legendary former Formula 1 driver, Mika Häkkinen. The Flying Finn shared how he felt sorry for his loss but that Lando should be proud of his performance. We all know it. His win is coming soon.