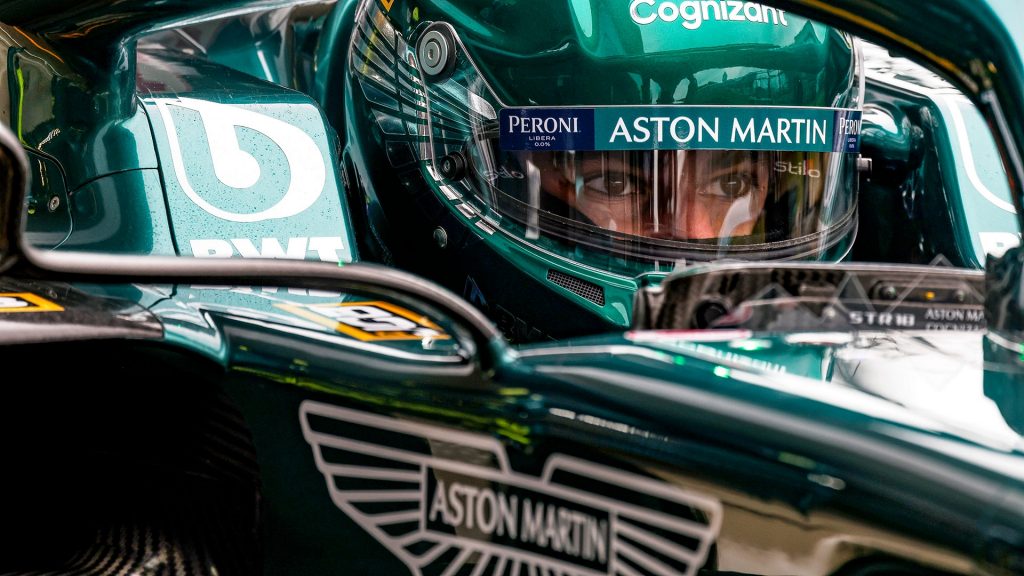 Lance Stroll had a curious scare at Silverstone

The Canadian driver was worried after strong vibrations on the car

Aston Martin driver Lance Stroll got a scare from strong vibrations during the British Grand Prix and asked for help on the team radio. However, the problem was not car-related…

During the race at Silverstone, the Canadian driver immediately sound worried on the team radio asking to check the car due to loud and strong vibrations. The noise was so loud that Stroll could not hear the answers from his radio engineer, reassuring him the tyres were fine.

Stroll’s scare might have also been justified by the accident at Baku, where his car suffered a rear left tyre failure. The driver at that point ended up being a powerless passenger of the violent crash after he felt like the “rear just let go”.

The worried tone in the request to check the car hence makes sense. However, on Sunday the radio engineer was quick to reassure him: “tires are all good. Tires are all good”. Luckily, this time it was just a quick and harmless alarm.

Perez on Baku challenge against a ‘fired-up’ Mercedes