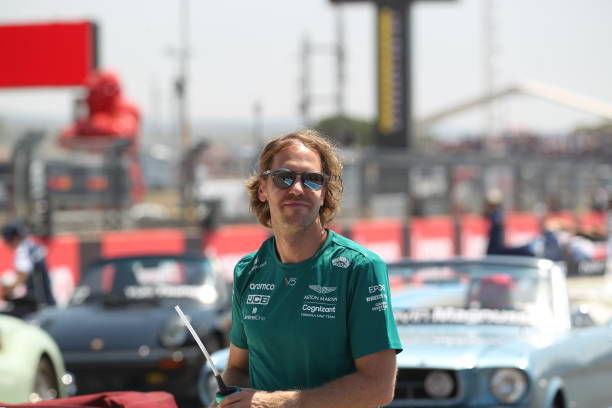 Kravitz: Vettel’s making 2022 “his last year in Formula One”

Ted Kravitz of Sky Sports F1 commented on Sebastian Vettel’s future in Formula One, hinting at a potential retirement.

Sebastian Vettel is one of the most successful and well-known Formula One drivers in history. He joined the sport in 2008 as a full-time driver for Toro Rosso, after being a test driver for BMW Sauber in 2006-2007, having competed in the 2006 Hungarian Grand Prix and the 2007 United States Grand Prix. The latter saw him become the then-youngest driver to score a point in Formula One.

After leaving Toro Rosso, Vettel made the jump up to Red Bull, replacing David Coulthard. With this team, he won back-to-back world titles from 2010 to 2014. Having four world championships to his name makes Vettel joint fourth with Alain Prost for the most World Drivers’ Championships.

2015 saw another team switch as Vettel moved to Scuderia Ferrari. He stayed with the Maranello until the end of the 2020 season. It was at this point that Vettel joined Aston Martin, formerly Racing Point.

Aston Martin entered Formula One in 2021 after changing from Racing Point and their 2022 season has not gone the way they would have hoped. The team are currently ninth in the Constructors’ Championship on only 19 points. Whilst Vettel is placed higher than Lance Stroll in the Driver Standings, the German is still only 14th on 15 points.

The team have had an unfortunate year so far. In total, they have suffered three DNFs – Stroll in Baku and Vettel in Australia and Miami. Both drivers have only finished in the points six times. Stroll finished three races in P10, scoring three points and Vettel has scored 15 with his highest points finish being P6 in Baku.

After being a world champion four times, scoring only 15 points is not something Vettel wants. He has said before during this season that he wants to be racing for wins, not just some points. But racing for wins is not looking to be on the horizon for Aston Martin this year.

Vettel’s contract with Aston Martin ends at the end of this season, which has 10 rounds left. He has said that there is a “clear intention to keep going” and keep racing. However Ted Kravitz believes that Vettel’s retirement could come sooner than we expected.

During the broadcast of the French Grand Prix, Kravtiz discussed Vettel’s future in Formula One during his quali notebook. He said:

“Aston want him to stay. I understand they’ve made him an offer. I don’t know whether he’s going to accept it. Sebastian seems to be behaving in some certain, in a few critical ways, like bringing his kids to the racetrack in Austria, that suggests to me, he’s going to make this his last year in Formula One.”

With his focus on involving his family, remembering iconic parts of F1 history and also his dedication to climate change and other global issues, some of which he discussed on Question Time, it is likely that Vettel could retire.

He confirmed he still needs to talk to the team, but whether he accepts the deal Aston Martin have made him is unknown at the moment.