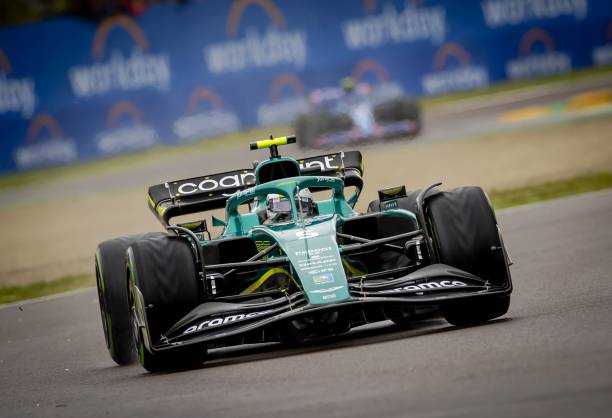 Aston Martin did not have a great start to this season. Sebastian Vettel tested positive for Covid and consequently missed the first two races. Nico Hulkenberg deputised for Vettel racing alongside Lance Stroll. The team failed to score any points, with a very unfortunate weekend in Australia.

The team were 10th in the Constructors’ Championship, but heading into Miami Aston Martin are currently ninth with five points. Four of those points are from Vettel and one is from Stroll.

Imola was the turning point for the team. Qualifying saw Stroll get into Q2 and place P15 and Vettel get into Q3 and place P9. In the Sprint Race, Vettel had a tough time on track as finished P13, just two places ahead of his teammate. However, the Feature Race proved much better as Vettel and Stroll managed to make up five places, finishing P8 and P10 respectively.

Mike Krack, the Team Principal, commented on the performance of Aston Martin over the weekend of the Emilia Romagna Grand Prix. He admitted he did not “think there was much more pace in the car than previously.” He went on to talk about the team’s progression and what their plans are.

The AMR22 struggled at the beginning of the season. Developments are still ongoing and Krack highlighted some important areas that the team are working on. They are the aerodynamics, the weight and feedback from the car.

“We need to try and give the drivers a better feel of the car so that they can extract more from it.”

These areas that Aston Martin are working on are all significant, with “aero” being “the most important one.” In terms of the feedback from the car, Krack explained that it is more about how they “can provide better feedback” to the drivers. He said it involves how it “goes into the suspension, into the steering, these kinds of things, the set-up of the car.”

While Aston Martin have finally achieved a points finish, the team are still 10 points behind Haas, who are in eighth on 15 points. When speaking about the unfortunate events of Melbourne, the Team Principal said that “drivers of this quality don’t go off all the time“. He believes that the hardship of understanding the car’s behaviour is adding to the problem.

He is pleased with what they achieved in Imola and the “small step” they made. However, Krack still believes there is more to be done. He said  “we look forward to making more.”