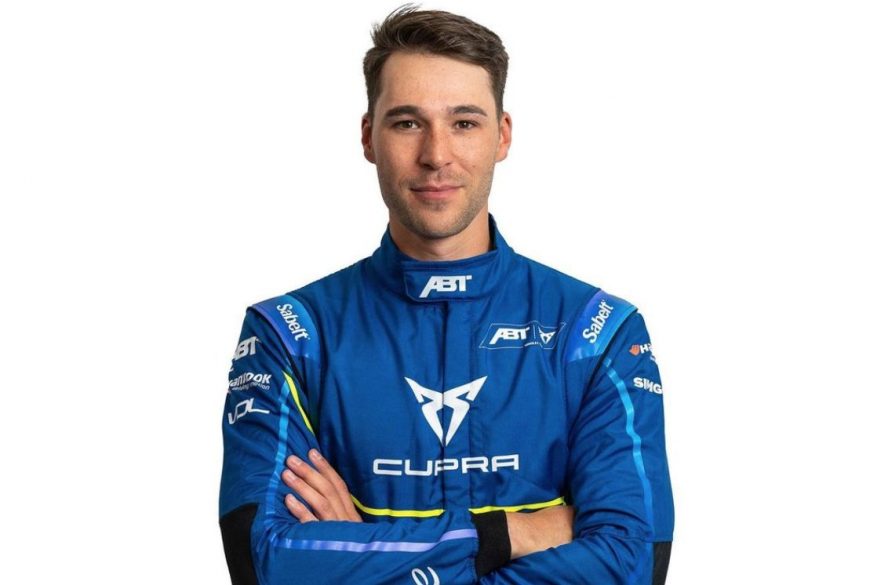 After a crash left Frijns unable to race, ABT Cupra has brought on Kelvin van der Linde.

Kelvin van der Linde will make his ABT Formula E debut in Diriyah as he will replace injured Robin Frijns.

After a crash in the opening round of Formula E in Mexico City, Frijns fractured his hand and had to undergo intense surgery. This comes as a major blow to any driver but especially Frijns who was very excited to be back competing with a team that he “loves”.

Who is Kelvin van der Linde?

Van der Linde is most notably a sportscar driver, has won the prestigious 24 hours of Nurburgring, and has finished third in the 2021 season of DTM. Despite not competing in single-seaters for some time his relationship with the ABT group is what has gotten him the replacement job.

Having competed with ABT teams since 2014, van der Linde is firmly planted in the ABT family.

Team boss, Thomas Biermaier, stated that Kelvin was the obvious choice when they were looking for a replacement. From the Formula E press release: Kevin has been part of the ABT family for years in a variety of roles…so it was immediately clear to us that he would take over from Robin.

Kelvin van der Linde, despite being with ABT for a long time, has never driven or tested their Gen3 Formula E car. Although van der Linde participated in the 2020 Marrakesh rookie test, his experience of this will provide him with limited knowledge on the completely new style of cars.

According to Biermaier, van der Linde was notified on Sunday that he would be driving. This has left them less than two weeks before the first Diriyah race on the 27th of January.

On Instagram, Van der Linde said that he was proud to race for the team and that he has been working extremely hard to prepare for his debut.

We have been flat out since Monday morning trying to learn everything in terms of software, race procedures, car characteristics and series regulations”

What does the future look like for Robin Frijns?

Kelvin van der Linde stated that although he was delighted to be driving for ABT, it is unfortunate that it happened in such circumstances.

At the moment it is unknown when Frijns will be fit to race again but Biermaier has stated that the team want to give him all the time he needs.

“We are in constant contact with Robin and wish him a speedy recovery. Even though everyone in the team misses him a lot, we’re giving him all the time he needs to fully recover from the injury – that’s our absolute priority”, Biermaier said.

ABT will have Nico Mueller and Kelvin van der Linde racing for them in Diriyah on the 27th and the 28th of January.