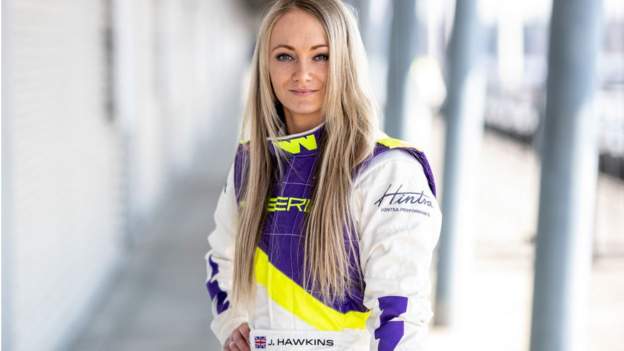 Rumours about a new F1 women’s feeder series have been circulating, and while it is a positive move forward, Jess Hawkins hopes that W Series drivers aren’t forgotten.

The third season of the W Series have been cancelled due to a lack of funding after an investment fell through. It had three final rounds, and while the champion – Jamie Chadwick – was confirmed, the fight for second and third was still at play. The W Series aims at developing and progressing female drivers while giving them more recognition. That is why it was hosted on F1 weekends, however, when financial issues arose, no one knocked on the door to help and the season collapsed.

That is why now Formula One are working on a new feeder series for women which would be at Formula 4 level. It is still in the early stages of planning and requires the usual approval of the FIA. However, F1 are looking into putting it into place as soon as next season. Stefano Domenicali previously claimed that they are working on plans to help women enter Formula 2 and Formula 3. That is with the hopes that one day they will also make it to Formula One. However, he also said, “Realistically speaking, unless there is something like a meteorite, I don’t see a girl coming into Formula 1 in the next five years.”

While the feeder series will prove to be a great step forward for women, it might hurt the older W Series drivers. The series will not be open to most drivers in the all-women series as they are over 21. If the W Series permanently collapses, most drivers will end up without a place to race. Jess Hawkins fears that such drivers will be forgotten. This is a shame as they have lots of talent which can help teach the future drivers coming into through the ranks.

Jess Hawkins competes in the W Series with Bristol Street Motors Racing and is a driver ambassador for Aston Martin F1 Team. She also previously competed in the British Touring Car Championship.

As reported by RacingNews365, Hawkins spoke about how good this feeder series can be. She also expressed how disappointed she’d be if the W Series ceased to exist.

She said, “To be honest, we don’t really know too much about it. I don’t know how long these conversations have been going for, but I can only see it as a positive. Any championship that helps females out should be welcomed, and we should do everything we can to welcome it.

“I also would like to think that it would work alongside W series, I would hate to think that they would ever be competing against each other, because that’s not what we’re fighting for here.”

She added, “It’s not who has got the best championship, it’s how we work together. We’re all trying to achieve the same thing. So, yes, I think it’s a positive thing.”

Jess Hawkins said, “I do think that it would be a shame to completely disregard all the work that W series has done. It was ground-breaking on that front. With this new Formula 4 championship, their concerns with W series were, I think they said that they were too old, they were concerned about the age of some of the drivers in the W Series.

“We do need it more at grassroots level, we probably also need some kind of karting academy as well, to give a whole pathway. Why are we looking to find someone very young? At Aston Martin, we’ve just signed a 41-year-old, who’s still in his peak performance. Why don’t we use what we’ve got already to help drive that forward?

“I don’t think that Formula One’s [new] F4 championship is going to cure all the issues, but it will certainly be a massive help, and I welcome that, but let’s not disregard the ones that have already done well, it’s not too late for the slightly older ones.”