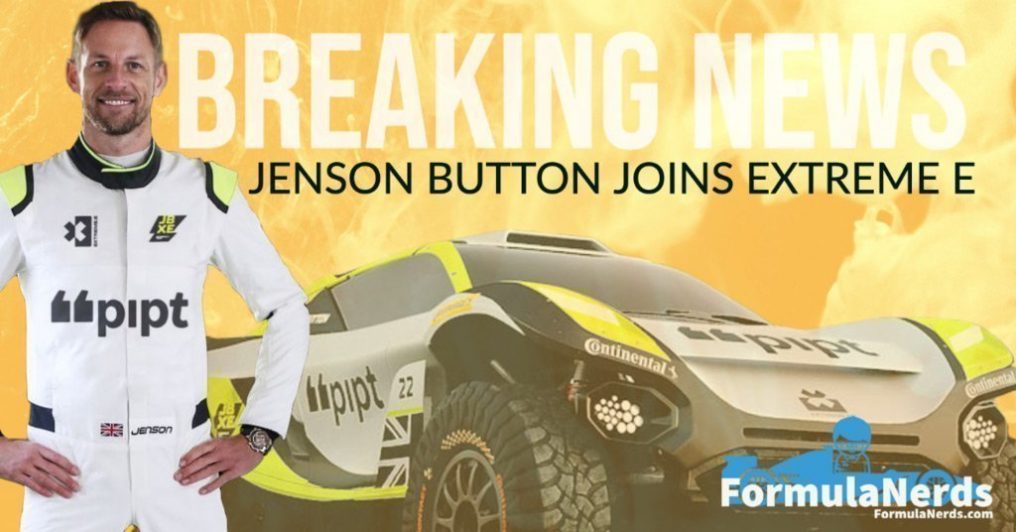 Following on from the announcement that Jenson Button is joining Williams as a senior advisor he is in the news once again, this time as he announces he has launched his own Extreme-E team, called JBXE, which he will both own AND drive in. He becomes the third F1 world champion to own a team, after Lewis Hamilton and Nico Rosberg also own their own teams which will race in the brand new, all-electric off-road series, which begins in April.

JBXE becomes the 10th team to enter the championship which begins its inaugural season in Saudi Arabia in April, the season focusses on racing in locations that have been affected by climate change, hence the use of all-electric vehicles, with the off-road element making the races resemble rally-cross style events.

Button spoke to Sky Sports F1 recently where he said “There are three F1 world champions that have a team in Extreme E. There are multiple world champion rally drivers, rally-cross drivers, Dakar champions, off-road champions from the states, it’s an insane lineup.

It’s five races around the world in areas that have been affected by climate change and that have big environmental impact from climate change. The great thing is that we will be racing in those places, so it’s bringing awareness, which is the whole point of this category, and there will also be scientists on the ground researching those areas and hopefully learning from them so we can put it right in the future.

There are so many positives to be taken from this championship. I’m really excited about it, excited about competing against the best in the world in off-road and driving these electric vehicles in place that most people haven’t ever been before.

Nobody has put a foot on the ground in some of those areas so it’s very exciting and I hope that we can bring as much awareness as possible to those areas.”

Each team in Extreme E must field one male and one female driver, and Buttons teammate is expected to be announced in the coming weeks. Button will have an unbelievably busy 2021, with this driver and team owner role, his position at Williams and his role as a Sky Sports pundit, all on top of having a young family at home. But if anyone can manage it, he can.

How do you think Button will get on? Let us know on our Formulanerds socials!