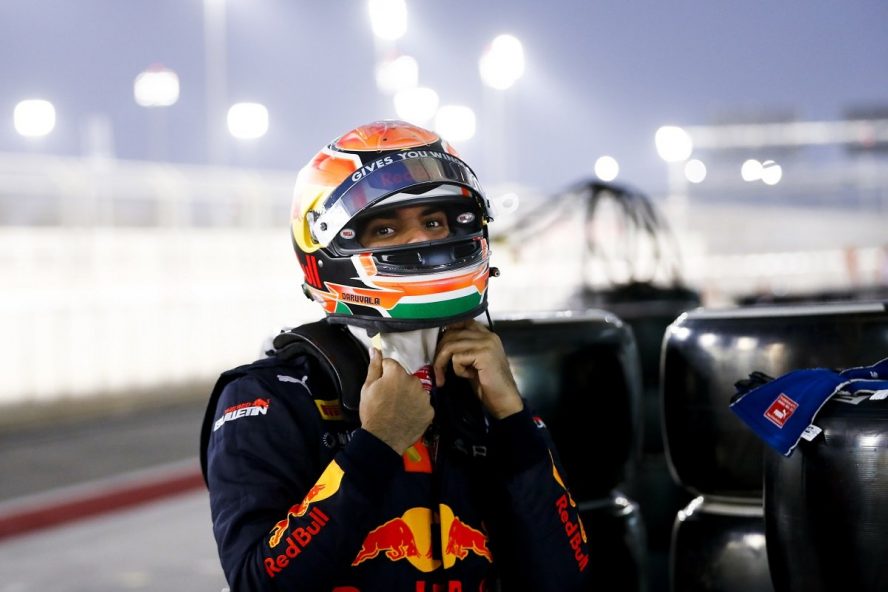 Rumoured to be continuing his F2 tenure, likely joining MP Motorsport, Jehan Daruvala has also signed as a reserve with Mahindra of Formula E

Formula 2 driver Daruvala has announced his partnership with Mahindra Racing. Mahindra currently has Oliver Rowland and Lucas di Grassi in their lineup.  Daruvala is going to be joining forces with a very promising team and will be able to learn from a Formula E world champion.

After the Formula 2 season wrapped up, Daruvala put out on his social media that he had a “couple of things planned in 2023”. Moving to Mahindra was one of these plans and both sides seem to be looking forward to working together.

Daruvala is the first and only Indian driver to win a Formula 2 race so the Indian team are incredibly excited to have him on board. In his statement, Daruvala said that driving for Mahindra was a dream:

“To be a part of an Indian motorsport team is a dream come true.”

In the announcement tweet that Mahindra Racing put out, they called Daruvala a “single-seater star”.

His role in the team will be as a development and test driver. However, the team do plan to get Daruvala out to a few races, especially the inaugural ePrix in Hyderabad.

Daruvala will hold the role of reserve and test & development driver. He will be next in line if another Mahindra driver cannot compete. This could be due to several reasons such as illness, injury or other commitments.

A new chapter in my career begins! Super excited to get started 😀✅ @MahindraRacing https://t.co/z3vTjXxSNm

However, to make sure he is used to the car if such an event would occur, Daruvala will be clocking in the hours on the Mahindra simulator. He will also be testing the car whenever he can. Another reason Daruvala’s move into this role makes sense is that he has tested with McLaren F1 a number of times.

Working with the simulator team and all of the engineers, Daruvala will be able to help Mahindra develop the car and offer support for the two main drivers.

Daruvala and Mahindra seem to be a match made in heaven. The Red Bull junior has hours behind the wheel in single-seaters and is very excited at the prospect of racing for an Indian Formula E team.

The partnership couldn’t have come at a more exciting time as Formula E will be heading to India for the inaugural Hyderabad ePrix. It’s always exciting having a driver partnering up with their home team but the prospect of finally racing in your home country is even more incredible.

Daruvala and Mahindra will be working together from Season 9 onwards. Do you think he will get a chance to race this season?

FormulaNerds.com — Latest News — Alfa Romeo have gone for a main red approach ahead of the 2023 Formula 1 season.